Just outside a sleepy Highland town, a gamekeeper is found hanging lifeless from a tree. The local police investigate an apparent suicide, only to find he's been snared as efficiently as the rabbit suspended beside him. As the body count rises, the desperate hunt is on to find the murderer before any more people die. But the town doesn't give up its secrets easily, and who makes the intricate clockwork mechanisms carved from bone and wood found at each crime? Whirligig is a tartan noir like no other; an expose of the corruption pervading a small Highland community and the damage this inflicts on society's most vulnerable. What happens when those placed in positions of trust look the other way; when those charged with our protection are inadequate to the challenge; when the only justice is that served by those who have been sinned against? This debut crime novel introduces DI James Corstophine - a man still grieving for a wife lost to cancer; his small close-knit team of passed-over police and their quiet Highland town. He's up against a killer who plays him as easily as a child. For a man whose been treading water since the death of his wife, he's facing a metaphorical flood of biblical proportions as he struggles to understand why these murders are happening, and who is behind each carefully planned execution. All the time, the clock is ticking.

There is such a beauty in the writing. I simply love how the author keeps the tone lyrical, whether he is describing horrid scenes or simply pushing the investigation along. I can't believe this is a debut. I found the narrative style to be extremely (sometimes violently) visual, and it is a difficult art to put some of the images he uses into words. I was mesmerised by the opening. It was as if I were watching a movie, waiting for something to happen. I was keen to discover who could be behind this big plan, and I wasn't disappointed by the answers I got. Meggy Roussell, blogger https://chocolatenwaffles.com/ 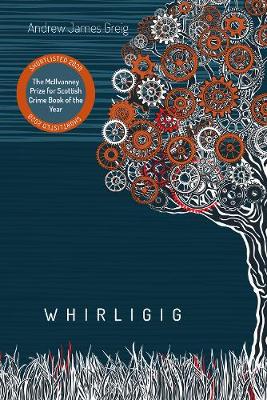 Andrew James Greig was born in London and spent many happy childhood hours exploring the city from the safety of the underground, enchanted by the magic of surfacing at random points in city streets. He moved to Wales as a young teenager, swapping urban streets for hedgerows and rivers which offered a new labyrinth of exploration before heading for the bright lights of Bristol. Here he developed as a musician, finding a talent for live sound engineering which took him touring all over the world. Now living with his family in Scotland where he enjoys exploring the Highlands and Islands, ...