A Death in the Medina

A Death in the Medina Synopsis

Death stalks the medina of Marrakech . . .

Marrakech, August. It is the start of Ramadan, the hottest in memory. Among the few foreigners left in the sweltering city are a riad owner, her French boyfriend and an English girl whose bag has been stolen after a hen weekend. At the local commissariat 24-year old detective Karim Belkacem is struggling to fast while holding down two jobs to pay for his sister's wedding. On the day that the English girl comes to him for help, a Moroccan girl is found dead, her body dumped in a handcart. Investigating, Karim uncovers a world of shadowy predators and ancient secrets hidden behind the high walls of the medina.

A Death in the Medina Press Reviews 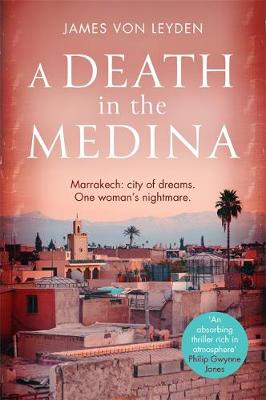 James von Leyden grew up in Durham and studied Philosophy & Modern Languages at Oxford University. He worked for 30 years as an advertising copywriter. He first visited Morocco in 1985, leading to a life-long love affair with the country. He is married with two children and divides his time between Lewes, East Sussex and Oualidia, Morocco.