In the Realm of Ash and Sorrow

LoveReading View on In the Realm of Ash and Sorrow

An innovative look at a WWII plotline. Micah Lund, a US bombardier, dies on a mission over Hiroshima. His spirit remains trapped amongst his enemies. Kiyomi, a war widow, struggling to look after her daughter Ai, work in the factory and also manage the poor treatment of her in-laws, all while food is scarce and the threat of an enemy attack is present.

This was a style of WWII narrative I haven’t read before. I enjoyed Micha’s journey to overcome his prejudice. In doing so, I think In the Realm of Ash and Sorrow cuts through the almost abstract concept of two countries being at war to the microcosm of day-to-day life that’s changed irrevocably for the civilians that are heavily impacted.

This is a detailed story that shows the author’s understanding of WWII, spirituality, mythology,  Buddhist beliefs, Japanese culture. I’m not overly knowledgeable of Japanese culture, so I found this book enlightening. In the lead up to the US dropping the atomic bomb on Hiroshima, you read Micah and Kiyomi’s story with the looming threat, knowing what’s to come and hoping as you flip through the pages that Kiyomi will take Ai and leave the city. The depiction of the aftermath is detailed and devastating as the fantasy aspect of this book becomes more prominent.

In the Realm of Ash and Sorrow is a nuanced historical relationship story. It’s a great read for anyone interested in Japanese life at that time as well as WWII fiction.

In the Realm of Ash and Sorrow Synopsis

When bombardier Micah Lund dies on a mission over Hiroshima, his spirit remains trapped in the land of his enemies. Dazed, he follows Kiyomi Oshiro, a war widow struggling to care for her young daughter, Ai. Food is scarce, work at the factory is brutal, and her in-laws treat her like a servant. Watching Kiyomi and Ai together, Micah reconsiders his intolerance for the people he’d called the enemy. As his concern for the mother and daughter grows, so does his guilt for is part in their suffering. Micah finds a new reality when Kiyomi and Ai dream—one which allows him to interact with them. While his feelings for Kiyomi deepen, imminent destruction looms. Hiroshima is about to be bombed, and Micah must warn Kiyomi and her daughter. In a place where dreams are real, Micah races against time to save the ones he loves the most. In the Realm of Ash and Sorrow is a tale about love in its most extraordinary forms—forgiveness, sacrifice, and perseverance against impossible odds. 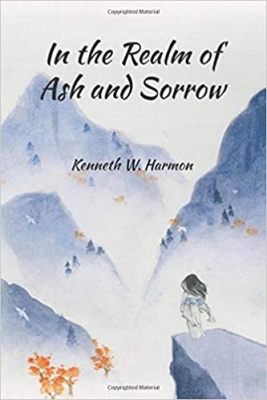