The Women at Hitler's Table

LoveReading View on The Women at Hitler's Table

A quietly powerful book containing an inner core of steely strength. Set in the heart of Hitler’s hideaway lair the Wolfsschanze, this story focuses on Rosa, one of ten women chosen to taste his food in case of poison. Inspired by the true story of one of Hitler’s food tasters, and translated from Italian, this penetrating story concentrates on the intimate to highlight the truth of human behaviour and war. Author Rosella Postorino has the beautiful skill of pointing out the hidden in normality to allow a greater understanding. The seemingly simple story connected to my thoughts, she made me think in a different way, to consider the small things that can turn into an avalanche of awareness. There is one point where the very structure of the Nazi salute is dissected and the shock of realisation that hit has stayed with me. The Women at Hitler’s Table is fascinating, haunting, and a worthy read indeed.

The Women at Hitler's Table Synopsis

Inspired by the powerful true story of Margot Woelk, this is a heartbreaking and gripping historical novel for fans of The Tattooist of Auschwitz and The Beekeeper of Aleppo

East Prussia, 1943. Hitler hides away in the Wolfsshanze - his hidden headquarters. The tide is turning in the war and his enemies circle ever closer.

Ten women to taste his food and protect him from poison.

Twenty-six-year-old Rosa has lost everything to this war. Her parents are dead. Her husband is fighting on the front line. Alone and scared, she faces the SS with nothing but the knowledge every bite might be her last.

Caught on the wrong side of history, how far is Rosa willing to go to survive?

A beautiful story that draws a line between the expressible and the inexpressible. A story with no options and no way out, just like for the protagonists of certain Greek tragedies'

'This book-which speaks of love, hunger, survival and remorse-will end up engraved on your heart' 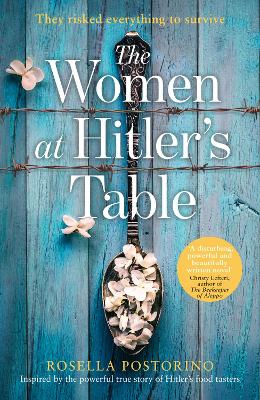 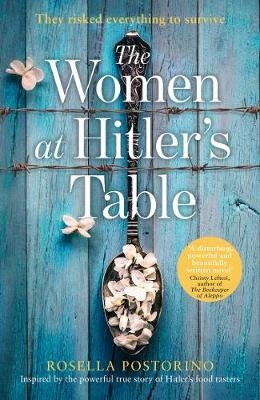 Rosella Postorino is an internationally bestselling author and an editor. She speaks fluent English, Italian, French, and German. The Women at Hitler's Table is her first novel to be translated into English.

View All Books By Rosella Postorino