LoveReading View on The Nickel Boys

Sparked by the author’s reading about a real reform school in Florida, this deeply affecting novel centres around the unforgettable Elwood Curtis. “Raised strict” by his grandmother, Elwood was “intelligent and hardworking and a credit to his race”, and driven by the wisdom of Martin Luther King: “We must believe in our souls that we are somebody, that we are significant, that we are worthful, and we must walk the streets of life every day with this sense of dignity.”

At high school - where the books were defaced by racist slurs written by white students who knew where their old books were headed - Elwood thrives under a teacher who lets him know of an opportunity to go to the local black college. But Elwood never got to go. One mistake sees him sent to Nickel Academy where he’s “swiftly appalled” by the low level of education. “I am stuck here, but I’ll make the best of it,” he resolves, invoking Dr King for strength. It’s not long before Elwood realises that rather than being a place that seeks to transform boys into “honorable and honest men”, the school is fuelled by violent abuse - “Nickel was racist as hell - half the people who worked here probably dressed up like the Klan on weekends” - and many kids disappear from this horrendous environment.

While Elwood grasps onto Dr King’s “Do to us what you will and we will still love you” mantra, his friend Turner subscribes to the notion that survival is dependent on them adopting their tyrants’ cruelties. Like Elwood himself, this novel has a steady, direct tone, underpinned by resolve and dignity in the face of inhumane abuse. Traversing timeframes, and with a stop-you-in-your-tracks ending, this stunning book from the Pulitzer prize-winning author of The Underground Railroad exposes oft-hidden historical horrors with poised humanity, and shows-up the ricocheting, inter-generational resonance of institutional racism and abuse.

Elwood Curtis has taken the words of Dr Martin Luther King to heart: he is as good as anyone. Abandoned by his parents, brought up by his loving, strict and clearsighted grandmother, Elwood is about to enroll in the local black college. But given the time and the place, one innocent mistake is enough to destroy his future, and so Elwood arrives at The Nickel Academy, which claims to provide 'physical, intellectual and moral training' which will equip its inmates to become 'honorable and honest men'.

In reality, the Nickel Academy is a chamber of horrors, where physical, emotional and sexual abuse is rife, where corrupt officials and tradesmen do a brisk trade in supplies intended for the school, and where any boy who resists is likely to disappear 'out back'. Stunned to find himself in this vicious environment, Elwood tries to hold on to Dr King's ringing assertion, 'Throw us in jail, and we will still love you.' But Elwood's fellow inmate and new friend Turner thinks Elwood is naive and worse; the world is crooked, and the only way to survive is to emulate the cruelty and cynicism of their oppressors.

The tension between Elwood's idealism and Turner's skepticism leads to a decision which will have decades-long repercussions.

Based on the history of a real reform school in Florida that operated for one hundred and eleven years and warped and destroyed the lives of thousands of children, The Nickel Boys is a devastating, driven narrative by a great American novelist whose work is essential to understanding the current reality of the United States.

Whitehead's most emotionally resonant novel to date . . . he allows us to feel, and to ache, too -- Clifford Thompson - Times Literary Supplement

Not a moment is wasted, and for someone who writes as vividly as Whitehead, there's also a graceful economy here. He uses words carefully, as if he doesn't want them to get in the way of the truths he's excavating - Boston Globe

[The Nickel Boys] has the hot breath of a true story. It also has a beautiful, unforgettable young hero who walks right off the page into your heart . . . If you have been thinking you should read Colson Whitehead, The Nickel Boys is the perfect place to start - Newsweek

Haunting and haunted...devastating...The book feels like a mission, and it's an essential one...he pulls off a brilliant sleight of hand that elevates the mere act of resurrecting Elwood's buried story into at once a miracle and a tragedy -- Frank Rich - New York Times Book Review

The Nickel Boys is in conversation with works by James Baldwin, Ralph Ellison and especially Martin Luther King.... It shreds our easy confidence in the triumph of goodness and leaves in its place a hard and bitter truth about the ongoing American experiment -- Ron Charles - The Washington Post

A tense, nervy performance, even more rigorously controlled than its predecessor. The narration is disciplined and the sentences plain and sturdy, oars cutting into the water. Every chapter hits its mark - New York Times

if there's a more powerful novel this year, I'd be very surprised - Reader's Digest

Colson Whitehead's book is not a polemic, but in presenting the unconscionable history of this particular institution, keeping boys in solitary confinement or even burying them out the back , he once again builds an allegorical history that resonates in the present -- Tim Adams - Observer

A masterful piece of very human storytelling -- Nikesh Shukla - i

A furious, compassionate novel whose final sleight of hand will twist deep in your gut -- Claire Allfree - Metro

Forceful and tightly wrought . . . Whitehead homes in on the way in which every action fits into a fully orchestrated whole, which is why I would wish everyone, black or white, to read this novel. He demonstrates to superb effect how racism in America has long operated as a codified and sanctioned activity intended to enrich one group at the expense of another -- Aminatta Forna - Guardian

There's hardly a spare word in this book . . . Whitehead has a talent for creating ambiguous, complex scenes that fix in your memory. The Nickel Boys feels like a necessary fictional project, writing the blank or buried pages of US history; and it's done with virtuosity - Evening Standard

[Whitehead] has produced yet another modern classic . . . He's also adept at creating characters of unforgettable flesh-and-blood immediacy, with even the swiftest pen portrait conveying the full weight of a lived history. Quietly and purposefully heartbreaking in its portrayal of the lifelong legacy of abuse, it is quite outstanding -- Stephanie Cross - Daily Mail

From the award-winning author of The Underground Railroad comes another searing novel exploring America's racially troubled past . . . a real page-turner -- Max Davidson - Mail on Sunday

A commanding triumph . . . brilliant and furious . . . a lean, commanding page turner that provides the richest fictional experience of 2019 so far . . . the prose is so loaded with quicksilver wit, it holds you in its thrall. It is a novel that not only succeeds in character, plot and moral argument but lends grace to lives all too easily shattered . . . The compressed fury of Whitehead's writing is what propels the novel forward - he is one of only a handful of writers who is so brilliant you just want to feed him stories. He has a distinctive voice, at once cynical and compassionate, and his wry observations cut to the quick in ways that make other novelists look prissy or too anxious to please. There is barely a paragraph of The Nickel Boys without some felicitous touch -- Johanna Thomas-Corr - Sunday Times 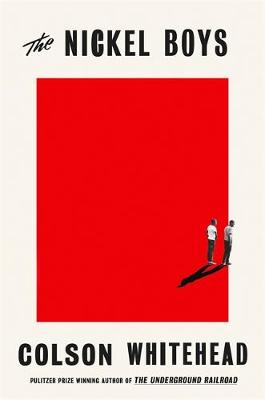 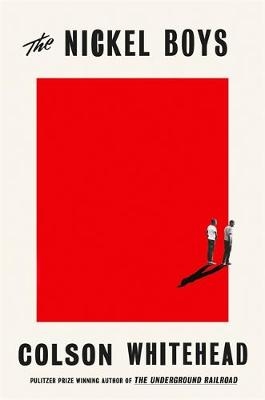 Colson Whitehead is the Sunday Times bestselling author of The Underground Railroad, The Noble Hustle, Zone One, Sag Harbor, The Intuitionist, John Henry Days, Apex Hides the Hurt, and one collection of essays, The Colossus of New York. A Pulitzer Prize winner and a recipient of MacArthur and Guggenheim fellowships, he lives in New York City.

View All Books By Colson Whitehead