An Air That Kills

LoveReading Expert Review of An Air That Kills

Take one deadly subject, ramp up the tension, and release a wonderfully readable and thrilling mystery with plenty of whodunit verve.

An intelligent, interesting, eloquent mystery which fairly bristles with whodunit verve! This is the third in the Katie Flanagan series, you could actually read this as a standalone, but I recommend starting at the beginning with Deep Water. Katie heads as an undercover technician to a lab researching deadly viruses jumping the species barrier. There is something suspicious happening at the laboratory, and events are set to take a lethal turn. The prologue thoroughly and completely sets the scene with a newspaper report highlighting the danger of a horrific virus that appears to have crossed from monkey to human. We then jump forward two years, and I quickly fell into step alongside Katie, just who if anyone, can she trust? The chapter headings set the timing in play, adding to the tense atmosphere. Christine Poulson’s eloquent pen brings the lab to life, makes the threat of the diseases feel so very real, and sets a fabulously chilling undertone. I suspected everyone, and could almost feel myself glaring at them as I read. An Air That Kills takes a deadly subject, ramps up the tension, and releases a wonderfully readable and thrilling mystery for your enjoyment.

An Air That Kills Synopsis

The atmosphere in the lab is toxic. It is only a matter of time before there is a flu pandemic with the potential to kill billions. Or so wealthy entrepreneur Lyle Lynstrum believes. That is why he is funding research into transgenics - the mechanism by which viruses can jump the species barrier - at a high security lab on a tidal island off the North Devon coast. A suspiciously rapid turnover of staff has him worried. He sends in scientist Katie Flanagan as an undercover lab technician. Something is clearly very wrong, but before Katie can get to the bottom of what is going on, a colleague is struck down by a mysterious illness. Has the safety of the facility been compromised, allowing a deadly virus to escape? Katie begins to suspect that the scientists are as deadly as the diseases - and that her cover has been blown. Then the island is cut off by high seas and a terrifying game of cat-and-mouse begins...

What To Read After An Air That Kills 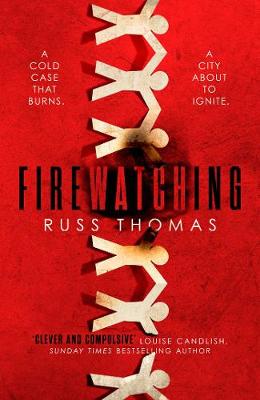 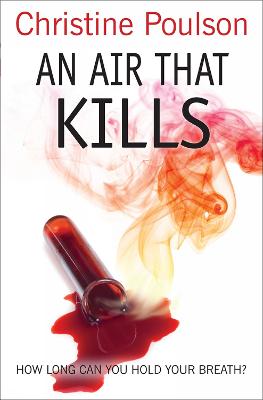 Before Christine Poulson turned to crime, she was a respectable academic with a PhD in History of Art and had written widely on nineteenth-century art and literature. During her career as an art historian, she worked as a curator of ceramics at Birmingham Museum and Art Gallery and as curator for the William Morris Society at Kelmscott House in Hammersmith, London. She taught for the Open University and was a lecturer in Art History at a college in Cambridge. The city of Cambridge and the surrounding Fens, with their unique, sometimes sinister atmosphere, provided the setting for her first novel ...

View All Books By Christine Poulson