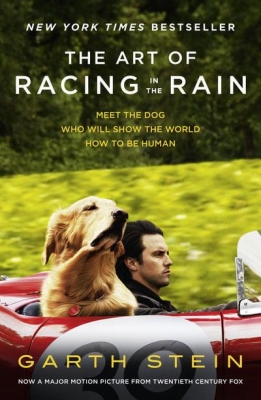 The Art of Racing in the Rain

The Art of Racing in the Rain Synopsis

Soon to be a major motion picture, this heart-warming and inspirational tale follows Enzo, a loyal family dog, as he tells the story of his human family, how they nearly fell apart, and what he did to bring them back together. A captivating and moving story of an extraordinary family, how they almost fell apart, and how they were brought back together again by the wisest and most loyal member - Enzo the dog. Heart-wrenching but deeply funny, The Art of Racing in the Rain is an uplifting tale about the wonders and absurdities of human life ... as only a dog could tell it. Now a major motion picture from Fox 2000 starring Milo Ventimiglia, Amanda Seyfried and Kevin Costner.

`The Art of Racing in the Rain is the perfect book for anyone who knows that some of our best friends walk beside us on four legs; that compassion isn't only for humans; and that the relationship between two souls who are meant for each other never really comes to an end. Every now and then, I'm lucky enough to read a novel I can't stop thinking about: this is one of them.' Jodi Piccoult

`The Art of Racing in The Rain has everything: love, tragedy, redemption, danger, and-best of all-the canine narrator Enzo. This old soul of a dog has much to teach to us about being human. I loved this book.' Sara Gruen, author of Water for Elephants

`The Art of Racing in the Rain takes you on an unforgettable journey through another kind of mind, through the eyes - and nose - of a dog. I found it fascinating.' Temple Grandin, author of Animals in Translation

Praise for other titles from Garth Stein:

Garth Stein is an American author and film producer from Seattle, Washington. Widely known as the author of the novel The Art of Racing in the Rain, Stein is also a documentary film maker, playwright, teacher, and amateur racer.

Born in Los Angeles and raised in Seattle, Garth’s ancestry is diverse: his mother, a native of Alaska, is of Tlingit Indian and Irish descent; his father, a Brooklyn native, is the child of Jewish emigrants from Austria. Garth lives in Seattle with his wife and three sons. He got involved with “high performance driver education” in 2001, received his racing license with the Sports Car Club of America (SCCA), and went on to win the points championship in the Northwest Region Spec Miata class in 2004. He left racing after a serious crash—while racing in the rain.

More About Garth Stein
Add To Wishlist
Buy from our bookstore and 25% of the cover price will be given to a school of your choice to buy more books.

Eagles at War Eagles of Rome 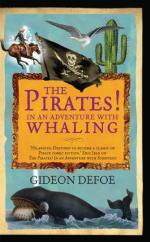 Pirates! In an Adventure with Whaling