LoveReading View on The Rumour

This fabulous debut will make you think twice before allowing a rumour or gossip to pass your lips! Sally McGown stabbed a little boy to death when she was ten years old, it is now 48 years later and rumour has it that she has a new identity and is living in town. Joanna has no idea that the rumour she helped start will spread like wildfire and have explosive repercussions for her and her family. Lesley Kara sets the scene beautifully, with Joanna telling her own story and introducing the local town folk. Another voice enters, quietly menacing to start, and as it flicks in and out the tension increases with crackling intensity. Wicked little thought traps and misdirections are scattered on the path in front of you, even if I tell you to expect the unexpected, you still may find yourself gasping as the action plays out. The Rumour is a beautifully readable, clever and thrilling tale with an ending that delivers a venomous sting!

When single mum Joanna shares a rumour at the school gates - desperate to ingratiate herself with the clique of mothers at her son's new school - there is no going back . . . Rumour has it that a notorious child killer is living under a new identity, in their sleepy little town of Flinstead-on-Sea. Sally McGowan was just ten when she stabbed little Robbie Harris to death over 47 years ago - no photos of her exist since her release as a young woman. So who is the supposedly reformed killer who now lives amongst them? How dangerous can one rumour become? And how far will Joanna go to protect her loved ones from harm, when she realizes what it is she's unleashed?

In this chilling tale of paranoia, suspicion and accusation, Lesley Kara keeps you guessing until the final page. - Paula Hawkins, No.1 bestselling author of THE GIRL ON THE TRAIN and INTO THE WATER

A great debut with a slyly clever premise and a rollercoaster ride to the very last sentence. - Fiona Barton, bestselling author of THE WIDOW and THE CHILD

An intriguing premise, a creeping sense of dread, and a twist you won't see coming! Everyone is going to be talking about The Rumour. - Shari Lapena, bestselling author of THE COUPLE NEXT DOOR

A brilliant premise with a killer twist. The Rumour depicts the prejudices and secrets that simmer in a small seaside town to devastating effect. - Colette McBeth, author of AN ACT OF SILENCE

Pssst, have you heard... #TheRumour is a cracking thriller about the damage that idle gossip can wreak in a small town. I thought I had the twist worked out. Boy was I wrong! - Tammy Cohen 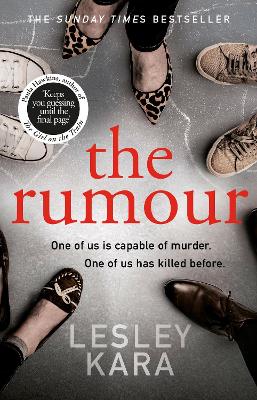 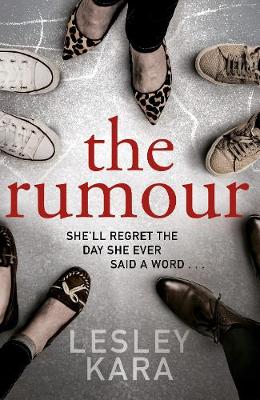 Lesley Kara is an alumna of the Faber Academy `Writing a Novel' course. She lives on the North Essex coast. Her first novel is The Rumour. Who Did You Tell? is her second novel. 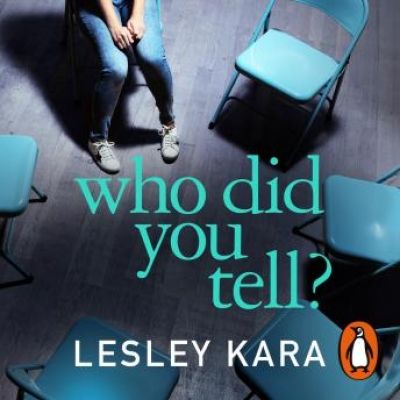 View All Books By Lesley Kara