A Woman of No Importance The Untold Story of WWII's Most Dangerous Spy, Virginia Hall

A Woman of No Importance The Untold Story of WWII's Most Dangerous Spy, Virginia Hall Synopsis

'Purnell's account of Hall's hectic, amphetamine-fuelled exploits never falters. It recalls Caroline Moorehead's wonderful book, Village of Secrets but has an added touch of Ben Macintyre's brio ... A rousing tale of derring-do' The Times Book of the Week 'Riveting ... one of the most breath-taking stories yet told of female courage behind enemy lines' Sarah Helm, author of A Life in Secrets In 1942, the Gestapo would stop at nothing to track down a mysterious 'limping lady' who was fighting for the freedom of France. The Nazi chiefs issued a simple but urgent command: 'She is the most dangerous of all Allied spies. We must find and destroy her.' The Gestapo's target was Virginia Hall, a glamorous American with a wooden leg who broke through the barriers against her gender and disability to be the first woman to infiltrate Vichy France for the SOE. In so doing she helped turn the course of the intelligence war. This is the epic tale of an heiress who determined that a hunting accident would not define her existence; a young woman who gambled her life to fight for the freedoms she believed in; an espionage novice who helped to light the flame of French Resistance. Based on new and extensive research, Sonia Purnell has for the first time uncovered the full secret life of Virginia Hall, an astounding and inspiring story of heroism, spycraft, resistance and personal triumph over shocking adversity. 'A gripping, relevant and timely read about a remarkable woman from a talented writer' Deborah Frances-White, author of The Guilty Feminist 'A fitting and moving tribute to an amazing woman' The Economist

What To Read After A Woman of No Importance The Untold Story of WWII's Most Dangerous Spy, Virginia Hall 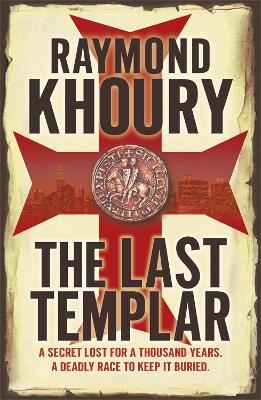 Fascinating! careful research and skilful writing, Sonia Purnell, in A Woman of No Importance, takes you deep into the covert operations Hall led in Nazi-occupied France, first for the British and then for the Americans. Readers will find this tale of her cunning and courage riveting - Douglas Waller, author of Wild Bill Donovan: The Spymaster Who Created the OSS and Modern American Espionage

Purnell vividly resurrects an underappreciated hero and delivers an enthralling story of wartime intrigue...fans of WWII history and women's history will be riveted - Publishers Weekly

This true tale of courage will take your breath away - Best

Remarkable ... this lively examination... shows how, if Hall had been a man, dropping undercover in and out of occupied Vichy, Paris, and Lyon, setting up safe houses, and coordinating couriers for the Resistance, she would now be as famous as James Bond... Meticulous research results in a significant biography of a trailblazer who now has a CIA building named after her - Kirkus Reviews

Sonia Purnell has exhaustively researched Virginia Hall's career in archives in many countries, and she writes with authority and in vivid detail. This book is a cracking story - Oldie

Courage, resourcefulness, ingenuity: Hall possessed them all, and in Purnell she has found the ideal biographer - Tablet

Impressively researched and compellingly written, this brilliant biography puts Virginia Hall - and her prosthetic leg Cuthbert - back where they belong: right in the heart of resistance history - Clare Mulley, author of The Spy Who Loved and The Women Who Flew for Hitler

Gripping . . . With this book, the true extent of Hall's heroic contribution to the war effort is known at last -- Jane Warren - Express

Brimming with moving tales of courage in the face of tyranny, this is a worthy tribute to an incredible figure -- Deirdre O'Brien - Sunday Mirror

It is easy to see why Hollywood is showing interest in Purnell's account of Hall, an authentic heroine who was also American, disabled and a woman. Marie thoroughly deserved her laurels -- Max Hastings - Sunday Times

A gripping, relevant and timely read about a remarkable woman from a talented writer - Deborah Frances-White, author of The Guilty Feminist

Excellent . . . Purnell's meticulous research into Hall's life and work has taken her not only through British SOE papers and resistance files in France, but also through nine levels of security at the CIA in Langley - Spectator

Riveting ... one of the most breath-taking stories yet told of female courage behind enemy lines ... An intimate and moving portrayal - Sarah Helm, author of If This Is A Woman and A Life In Secrets

With her thriller-writer's style and copious new research, Purnell has written a fitting and moving tribute to an amazing woman - The Economist

Purnell's account of Hall's hectic, amphetamine-fuelled exploits never falters. It recalls Caroline Moorehead's wonderful book, Village of Secrets, but has an added touch of Ben Macintyre's brio ... A rousing tale of derring-do' -- Richard Davenport-Hines - The Times, Book of the Week 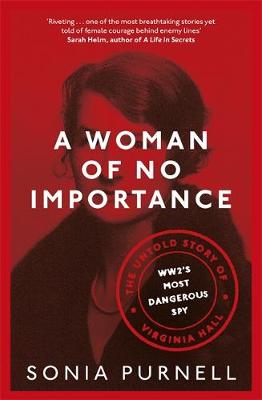 Sonia Purnell started work at The Economist Intelligence Unit, edited a weekly financial magazine when only twenty-five, and then went on to a senior position on the Daily Telegraph's City pages before reporting on the EU from Brussels. On her return to London she assumed the position of Whitehall Correspondent, before moving to the Daily Mail, where she was Whitehall Editor. Her first book, Just Boris: A Tale of Blond Ambition, was a candid and widely acclaimed portrait of London Mayor Boris Johnson, informed by her time working alongside him in Brussels. Just Boris was long listed for the Orwell ...

View All Books By Sonia Purnell