The Escape Route: The Untold Story of the SS

LoveReading View on The Escape Route: The Untold Story of the SS

Escape Route: The untold story of the SS (Journeys through fiction) is a historical novel, set during the second war. The novel already has a chequered history, it has had several different versions but ultimately this version in English tells the story of Andreas Spinger. Spinger was a determined genius who was with Hitler from the very early  stages of the Nazi party and its beliefs and ideals.

Spinger is not a name that will be immediately identifiable as a key figure within the Nazi party, this novel portrays how when the Nazis eventually took power he was indeed a key figure, responsible for overseeing a covert organisation within the SS to spy on the ministers, military leaders and organise looting amongst other activities.

As is explained in an early stage of this novel, Hitler had not come to absolute power with the majority of votes. However he did have the support of most of the German people to enable him to eventually rise to power.

This novel is much more than a history of WW2 and the atrocities of the Nazis. Throughout this novel, fictional characters are interwoven with real people and truthful and factual information. A lot of unknown history is revealed, particularly as the war draws to a close and the party begin to fall, Spinger is instrumental in planning the route of escape for some; including a mysterious and very powerful leader.

This novel is a must-read for anyone interested in this fascinating but horrific period of history.

The Escape Route: The Untold Story of the SS Synopsis

The book tells excerpts from the stories of people living before, during, and after the Nazi's passage through power in Germany. In it, we can have an indication of how the German population at first supported Nazi ideas.

Hitler had not come to absolute power with the majority of votes. The Fuhrer, however, had the support of most of the German to implant nazism. The fact that a population of such high culture would conceive the flowering of racist ideas, underpinning an expansionist policy, cannot be explained only by the strength of the charisma and power of the eloquent speech of a character, a leader.

To comprehend the German's behavior during the Nazi period, we need to understand the historical moment and how culture, myths, and beliefs influenced the construction of their way of seeing the world.

There are studies such an understanding, and this work was based on some of them, whitout, however, claiming to be a essay on Nazism. This book is just a historical novel.

As facts were unfolding, while the mechanisms of intelligence and repression were used to ward off the internal and external threats to the Third Reich, they also served as instruments of looting to the populations of the invaded countries , and especially to the Jews. 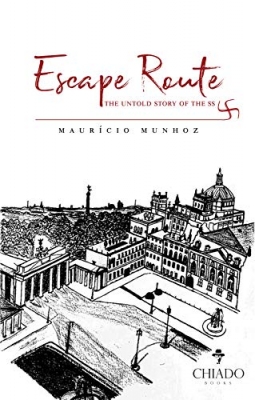