The Word for Woman is Wilderness

LoveReading View on The Word for Woman is Wilderness

An eye-opening novel that feels like a blistering, witty, understanding-of-self travel diary, and an insight into 19 year old Erin’s soul. Erin travels around the top of the globe to Alaska, as she wants to burst the image of the rugged male explorer. I saw the synopsis for The Word For Woman is Wilderness and just had to read it as I’ve been to Alaska, and read various books set there, including Into The Wild by Jon Krakauer, based on the true story of a traveler who died while trying to live off the land. Erin has read the same books, feels the same pull by the wilderness, and she has been written so beautifully by Abi Andrews that she slipped into a state of reality in my mind. I adored travelling with Erin, she took me to familiar and sometimes entirely unexpected places. It took me a little while to settle in and feel the words, the pace, the tone. I was surprised by her observations, so pithy, so huge, so spot on, it feels at times as though her thoughts have been bottled, shaken, and then explode out of her. The Word for Woman is Wilderness is a beautifully surprising, clever, startling novel and I adored it.

The Word for Woman is Wilderness Synopsis

Erin is 19. She's never really left England, but she has watched Bear Grylls and wonders why it's always men who get to go on all the cool wilderness adventures. So Erin sets off on a voyage into the Alaskan wilderness, a one-woman challenge to the archetype of the rugged male explorer. As Erin's journey takes her through the Arctic Circle, across the entire breadth of the American continent and finally to a lonely cabin in the wilds of Denali, she explores subjects as diverse as the moon landings, the Gaia hypothesis, loneliness, nuclear war, shamanism and the pill. Filled with a sense of wonder for the natural world and a fierce love for preserving it, The Word for Woman is Wilderness is a funny, frank and tender account of a young woman in uncharted territory.

The Word for Woman is Wilderness Press Reviews

The Word for Woman Is Wilderness is unlike any published work I have read, in ways that are beguiling, audacious ... rises to its own challenges in engaging intellectually as well as wholeheartedly with its questions about gender, genre and the concept of wilderness. The novel displays wide reading, clever writing and amusing dialogue. -- Sarah Moss - Guardian

Refreshing and funny and unlike anything else. I feel as if I've been waiting for this book for a long time -- Daisy Johnson, author of Fen A gripping feminist reimagining of Into the Wild. - Elle

This is not reconciliatory prose. It doesn't seek to please. It's not asking for your acceptance or the benediction of this review. It is far stronger than that. It is a quiet, sardonic, funny, fluid text, a visionary book, that shows us the future is in fact already here. - Caught by the River

Uplifting, with a thirsty curiosity, the writing is playful and exuberant. Riffing on feminist ideas but unlimited in scope, Andrews focuses our attention on our beautiful, doomed planet, and the astonishing things we have yet to discover. -- Ruth McKee - Irish Times 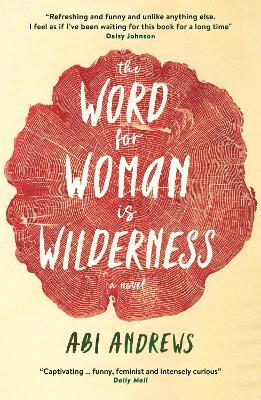 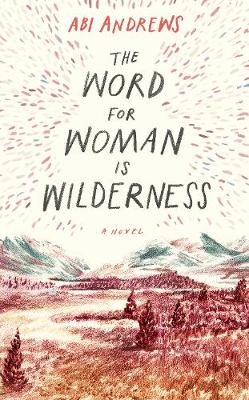 Abi Andrews is a writer from the Midlands. She studied at Goldsmiths college, and her work has been published in Five Dials, Caught by the River, The Clearing, The Dark Mountain Project, Tender and other journals, along with a pamphlet published with Goldsmiths Shorts. Her debut novel The Word for Woman is Wilderness was published by Serpent's Tail in February 2018 and Hoffmann und Campe in October 2018.

View All Books By Abi Andrews