The Illumination of Ursula Flight

LoveReading View on The Illumination of Ursula Flight

An intimate, beautifully told, occasionally rambunctious tale set in 17th century England. Ursula Flight was born at an inauspicious time, she tells her own highly entertaining, yet poignant tale from birth. Ursula bounded from the page into wondrous life, I could feel her emotions, her wild, kind, impetuous nature spoke to me. Anna-Marie Crowhurst has created a vibrant, stunning setting for Ursula, the countryside of her childhood is so beautifully imagined, I found myself looking around, smelling, touching, feeling. Ursula’s own writing is scattered through the novel, her thoughts, letters and plays allow direct contact with her, as when she writes she is free, and unencumbered by the morals of the time. I have to admit to feeling a certain amount of disquiet as I read, one part of me was in the present, living life with Ursula, the other part was wondering what would become of this spirited young woman. A blistering darkness slices through ‘The Illumination of Ursula Flight’ taking its turn in the orbiting dance of life alongside the colour and passion, which creates a truly wonderful captivating read, and I loved it.

The Illumination of Ursula Flight Synopsis

Born on the night of a bad-luck comet, Ursula Flight has a difficult destiny written in the stars. Growing up with her family in the country, she is educated by a forward-thinking father who enables her to discover a love of reading, writing and astrology. Ursula dreams of becoming a famous playwright, but is devastated to learn she must instead fulfil her family's expectations and marry. Trapped and lost, Ursula plots her escape - but her freedom will come at a price. As Ursula's dangerous desires play out, both on and off the stage, she's flung into a giddy world of actors, aristocrats and artistic endeavours which will change her life irrevocably. A gutsy coming-of-age story about a spirited young woman struggling to lead a creative life, this uplifting tale vividly evokes the glittering world of Restoration-era theatre. For anyone who has ever tried to succeed against the odds, The Illumination of Ursula Flight is an inspiring journey of love and loss, heartbreak and all-consuming passion. This is a debut pulsating with life for readers of Jessie Burton, Sarah Waters and Sarah Perry.

...[this] debut novel sweeps us away to the world of Ursula Flight, wannabe actress and playwright in 17th-century Britain. Ursula is a spirited and funny protagonist. -- Sarah Shaffi - Stylist

A glorious book, cleverly done and lushly written with a witty, vivid heroine. -- Kiran Millwood Hargrave Witty, engaging and very clever, The Illumination of Ursula Flight is absolutely my kind of novel. -- Elizabeth Fremantle This sprightly, romping novel revels in its period: the Restoration world of Ursula Flight is presented with irresistible relish. Crowhurst's enthusiasm for her subject is contagious, and her playful handling of form shows great control and confidence. Bravo! -- Imogen Hermes Gower, author of THE MERMAID AND MRS HANCOCK This is, without doubt, a rollicking summer read - and Ursula Flight a 17th-century feminist hero for our post-#MeToo times. - The Pool

This 17th century coming-of-age tale is at once subversive, moving and utterly fresh and original. -- Nathan Filer I find this funny, eccentric, touching novel fairly irresistible. Ursula's story is told in an inventive mix of modes, through fragments and lists and plays and letters; it's a spirited funny romp and yet it feels much more than that too - touching and urgent and vivid. It's fluent, accomplished, polished, funny and charming. -- Tessa Hadley [A] hugely enjoyable, riotous coming-of-age debut - Sunday Express

The period of Charles II's Restoration really comes alive in this wonderfully drawn story and Ursula...is a heroine it's impossible not to love. - Red

Told in Ursula's voice, interspersed with extracts from the unstaged plays into which she turns her everyday life, Crowhurst's novel is good, tongue-in-cheek fun. - Sunday Times

...offers a joyous romp through Restoration England, with a heroine who lingers long in the imagination after the final page. - Guardian

...abounds with ribald wit. Crowhurst has an affinity for table-turning Restoration theatre and a talent for deliciously pert dialogue. A thoroughly original work of imagination. - The Times 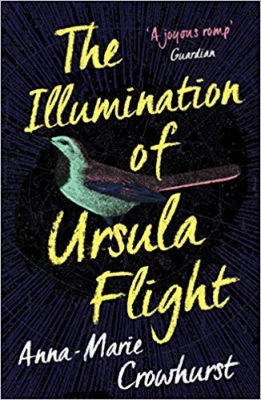 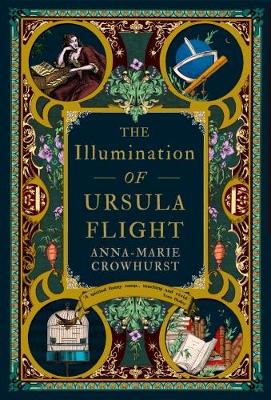 Anna-Marie Crowhurst has worked as a freelance journalist and columnist for more than 15 years, contributing to The Times, The Guardian, Time Out, Newsweek, Emerald Street and Stylist. In 2016 she studied for an MA in Creative Writing at Bath Spa University, where her debut novel The Illumination of Ursula Flight was born. She lives in London. 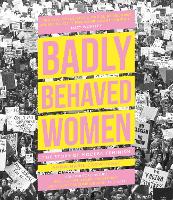 View All Books By Anna-Marie Crowhurst