Legion: Lies of the Beholder

Legion: Lies of the Beholder Synopsis

Stephen Leeds, also known as 'Legion', has a unique mental condition. He can become an expert on any subject in hours . . . and with every new area of expertise a new 'aspect' of Stephen is created. Is he schizophrenic? Possibly. Does that make him an incredible intelligence agent? Definitely. And this is his final, and perhaps his strangest, adventure. It begins with two unrelated events: the disappearance of Armando, one of Stephen's many aspects, and an unexpected cry for help from Sandra, the woman who, many years before, helped him learn to live with his condition . . . and the combination of the two leads to a sinister high-tech firm specializing in advanced methods of human incarceration. An original, challenging, and utterly absorbing story, this unmissable novella showcases Stephen Leeds at his best: a compelling hero, and a man constantly struggling to understand and control his own divided nature.

brilliantly written, light and funny when required and serious at the appropriate moments....And there are so many secrets left to explore so much more to find out about Legion and his aspects that I'm hopeful of another book, as frustratingly, but in a good way, it left me wanting more. - Escapes of a Bookworm

If you haven't checked out this series yet, you should. It's a super fun blend of sci-fi/fantasy and modern thriller, and is totally different from anything else Sanderson has written - you know, apart from the fact that it's also fairly mindblowingly awesome. ;) So whether or not you've read his stuff before, you should give this a try. - Therewerebooksinvolved.com

We get some brilliantly funny scenes between Stephen and his personae, not to mention some brilliantly clever scenes that really shape our view of Stephen's world...Legion: Skin Deep is an absolutely fantastic read, - Fantasy Book Review

The decidedly though-provoking premise, that the human body and its cells can be used as receptacles to store information...makes for a very interesting read - Pat's Fantasy Hotlist 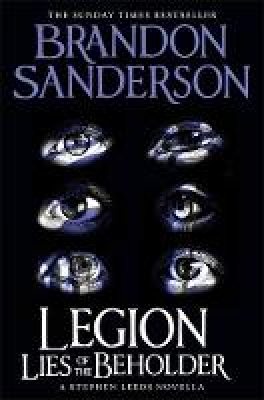 Brandon Sanderson was born in Nebraska in 1975. Since then he has written the Mistborn series, amongst others, become a NEW YORK TIMES bestselling author and been hailed as the natural successor to Robert Jordan. He lives in Utah. 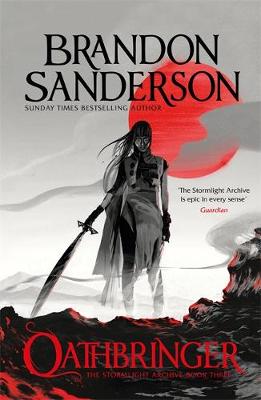 View All Books By Brandon Sanderson