An audiobook edition of the 6th Rebus novel. Read by James MacPherson. Featuring an exclusive introduction read by Ian Rankin.

The last people to die in Mary King's Close had been plague victims. But that was in the 1700s. Now a body has been discovered, brutally tortured and murdered in Edinburgh's buried city. Inspector John Rebus, ex-army, spots a paramilitary link. It is August in Edinburgh, the Festival is in full swing. No one wants to contemplate terrorism in the thronging city streets. Special Branch are interested, however, and Rebus finds himself seconded to an elite police unit with the mission of smashing whatever terrorist cell may exist. But the victim turns out to be a gangster's son, and the gangster wants revenge on his own terms. 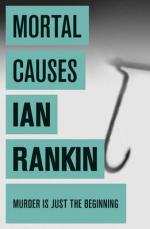