Sixteen-year old Tamsin envies the life of the Davenports up in the Cliff House.  Life is hard for her widowed mother supporting an unemployed brother and a dying grandfather.  She craves the life of the rich family she spies on.  Unknown to her they are highly dysfunctional.  She develops a friendship with the daughter of a similar age and all is good.  Of course it is not, and an unfortunate series of events blows their friendship apart.  It does sound a bit light and fluffy but actually this is a gripping human drama which deals with real and tragic situations.  There is no happy ending, no magic wand to make it all better, no perfect solution but what there is is a well-written page-turner.  The flow of the story is well paced and very readable.  The characters are damaged and needy but you can understand and sympathise with them.  They are real people coping with grief and loss and failing.  A very sad, yet thrilling read, highly recommended.

Some friendships are made to be broken Cornwall, summer of 1986. The Davenports, with their fast cars and glamorous clothes, living the dream in a breathtaking house overlooking the sea. If only... thinks sixteen-year-old Tamsyn, her binoculars trained on the perfect family in their perfect home. If only her life was as perfect as theirs. If only Edie Davenport would be her friend. If only she lived at The Cliff House... Amanda Jennings weaves a haunting tale of obsession, loss and longing, set against the brooding North Cornish coastline, destined to stay with readers long after the final page is turned. 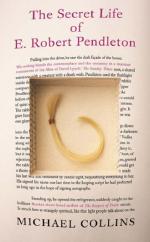 Devastating and deliciously dark, The Cliff House is less wish-fulfilment and more of a clever and disturbing reminder that things are rarely (if ever) how they appear on the surface.

What starts as a heady summer of escape and friendship on the North Cornwall coast soon takes a decidedly darker turn, one as black as the swimming pool around which much of the action takes place, in this novel of contrasts.

Tamsyn and Edie’s families illustrate the conflicting interests: locals looking for work and affordable housing in a place that daily reminds them of what they’ve lost; and holiday home owners longing for escape in an enviable property out of reach to most people, especially locals, while bringing seasonal work and spending power.

The Cliff House is the story of a place as much as the two families it brings together and Amanda Jennings makes its presence felt by breathing life into the house and the stretch of coast it sits on.

She also cleverly shows the light and dark of each character and place, and how changeable these are. As I learned more about each character, my perception of them changed and sympathies continually realigned while reading, which kept me on edge throughout.

As moody and intense as its teen protagonists and Cornish coastline, The Cliff House is a clever and twisted tale of the devastation caused when obsession, envy and grief run wild one summer, and which Amanda Jennings brings to a chilling yet fitting conclusion. Highly recommended.

A superb thrilling exciting book that gives you that creepy someone is watching you feeling as you are reading.

First class story with excellent descriptions of all characters and the lovely Cornish coast which makes the reader feel as if they are part of the drama as the story unfolds.

A genuinely fantastic novel that makes each page turn exciting to see what happens next.  The story starts off light and fresh but as the reader gets deeper into the book so do their senses as they are caught up in the intriguing story itself.  Innocence turning into an eerie disturbing obsession which never seems ending with buried thoughts attempting to turn the fantasy into reality.  Superbly written and a brilliant story line.

This is one book that once you start to read you don't want to put down to the very last page. A must read this summer!!!

There are twists and turns throughout with unexpected events, revelations and relationship.

From page 1 you're intrigued to find out more about each character. The descriptive writing engages you, painting a picture of the turmoils,  relationship and the Cornish landscape that plays such a central part in the story telling. You feel you're there with Tamsyn, seeing it through her eyes, as the story unfolds. It's a story of complex relationships, unrequited love and memories of happier times.

From the beginning, there's an underlying tension of something dark and sinister that could be about to happen, in the intertwined relationship between the various characters. Repeatedly,  it draws you in to the characters thoughts and feelings, building to a crescendo in the final  chapters.

A must read that keeps the reader engaged throughout.

A definite page turner... Heart-breaking as it is gripping, Jennings does a great job of drawing you in as the story of The Cliff House unfolds...

I read this book in over one weekend as I couldn't put it down!!

A brilliant story of obsession, envy, grief & heartache... Jennings draws you into the mind of sixteen year old Tamsyn who idolises the occupants of The Cliff House. The pace of the book is just right as the story unfolds & the obsession grows.. heart-breaking as it is gripping, Jennings does a great job of building each of the characters and you genuinely care for each of them.

Keeps you guessing until the end...

Give this book a read, you won't regret it!

A haunting tale of longing overlaid with tension leading to tragedy.

This novel is a great evocation of the intense emotions felt by young teenagers, set within the “idyllic” surroundings of a remote Cornish village. Tamsyn is haunted by the death of her coastguard father and is obsessed with the Cliff House and its apparently glamorous inhabitants. When the family comes to for an extended stay, rather than their weekend visits, Tamsyn is befriended by their daughter Edith. Both girls and their parents are attempting to escape from sadness and emotional confusion over their relationships. The ensuing connections between the two families develops an increasing tension which leads to unexpected tragedy.

Amanda Jennings is able to show the all-consuming angst of teenagers whilst exploring the way emotional addiction can blur the line between love and obsession. Although I rather lost interest in the story and struggled to finish it, I am sure that this well-crafted novel will appeal to all readers who enjoy explorations of family dynamics tinged with overlying tragedy.

A well written book, just not for me.

I really wanted to like this book. It was well written and the descriptions of Cornwall were wonderfully evocative, but the book left me cold.

I didn't connect with any characters except Jago (the main characters brother) who became more interesting as the story moved along.

The pace was a little too slow for we.

A story of loss, obsession and real characters with real flaws. Tamsin is sixteen, living in Cornwall and obsessed with The Cliff House and it’s occupants. She meets the daughter of the house, Edie and the stage is set for a sad but very readable story.

Set in Cornwall during 1986, The Cliff House tells Tamsyn’s story. Tamsin is obsessed with The Cliff House and the occupants who spend their time there. Through her binoculars she regularly spends time watching what to her seems to be the perfect couple. One day she meets the couple’s daughter and a strange friendship develops. Tamsin now has access to the house of her obsession which her late Father used to take her to whilst the family were away. She gets to swim in the pool and talk to the couple, Edie’s dysfunctional parents. The story involves other characters but it is Tamsin who connects them all. This is not a happy, easy read. It is sad but enjoyable. You cannot but help feel empathy for the characters. It is a story of loss, obsession and real characters with real flaws.

'This book made me whimper out loud for fear of what was going to happen. HUGELY enjoyable.'  - Jane Casey

'Beautifully written, richly evocative, with characters and setting that creep into your very bones.' - Tammy Cohen

'Amanda Jennings is the real deal. Not only does she write beautifully, she evokes setting and atmosphere with enviable skill whilst keeping the reader compulsively turning the pages. She doesn't just tell you a story, she draws you into it until you can taste the salt in the air, hear the crash of the waves and feel the heat of teenage obsession.' - Fiona Cummins

'A beautifully written, atmospheric and tense tale of obsession. I was gripped from the first page to the heart-stopping ending. Brilliant.'  - Claire Douglas

'With a page-turning plot, brilliant sense of place and beautifully-drawn characters The Cliff House deserves to be one of the biggest hits of the summer.' - Cass Green

'I've been a fan of Amanda Jennings work for some time, but The Cliff House takes this hugely talented author to another level. It 's going to be one of the biggest, most talked about books of the summer and it's a fabulous read.' - Louise Douglas

'Amanda Jennings portrayal of time and place is exquisite. The Cliff House is chilling, stylish - and impossible to put down.'  - Isobel Ashdown 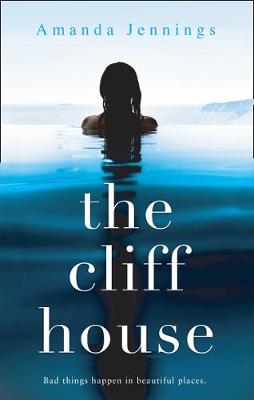 Amanda Jennings lives just outside Henley-on-Thames with her husband and three daughters. In Her Wake is her third novel. She is a regular guest presenter on BBC Berkshire's weekly Book Club, and enjoys speaking at literary festivals, libraries and book clubs. When she isn't writing she can mostly be found walking her dog and dreaming of being up a mountain or beside the sea. She writes a blog and is an active user of social media.   Below is a Q&A withthis author. 1.    What was your inspiration for In Her Wake?I was thinking about ...

View All Books By Amanda Jennings