The Girl Who Takes an Eye for an Eye: Continuing Stieg Larsson's Millennium Series

The Girl Who Takes an Eye for an Eye: Continuing Stieg Larsson's Millennium Series Synopsis

Lisbeth Salander is an unstoppable force: Sentenced to two months in Flodberga women's prison for saving a young boy's life by any means necessary, Salander refuses to say anything in her own defence. She has more important things on her mind. Mikael Blomkvist makes the long trip to visit every week - and receives a lead to follow for his pains. For him, it looks to be an important expose for Millennium. For her, it could unlock the facts of her childhood. Even from a corrupt prison system run largely by the inmates, Salander will stand up for what she believes in, whatever the cost. And she will seek the truth that is somehow connected with her childhood memory, of a woman with a blazing birthmark on her neck - that looked as if it had been burned by a dragon's fire . . . The tension, power and unstoppable force of The Girl Who Takes an Eye for an Eye are inspired by Stieg Larsson's Millennium trilogy, as Salander and Blomkvist continue the fight for justice that has thrilled millions of readers across the world. Translated from the Swedish by George Goulding

The Girl Who Takes an Eye for an Eye: Continuing Stieg Larsson's Millennium Series Press Reviews

'Lagercrantz's compassion for the underdog adds genuine emotion to his baroque plotting. There is much to admire in the way he has grasped a tricky assignment - to continue one of the big-gest hits of recent years. Roll on the next girl -- James Kidd' -  South China Morning Post

'Lagercrantz's excellent second contribution to Stieg Larsson's Millennium series . . . twisting plot lines tie together in this complicated, fascinating mystery. As a bonus, readers learn the meaning of the dragon tattoo on Lisbeth's back.' - Publishers Weekly

'Lagercrantz's latest Salander novel, is even bolder - if somewhat more fantastical . . . Larsson had grand ambitions for his Millennium series, projecting a total of 10 novels. In Lagercrantz's hands, the series is realizing grand ambitions of another sort . . . The Girl Who Takes an Eye for An Eye intensifies the mythic elements of Larsson's vision.' - Maureen Corrigan, Washington Post

'Some fictional characters prove too popular to die . . . Such is the case with Lisbeth Salander . . . Lagercrantz is doing a wonderful job. It would be hard to imagine a sequel more faithful to its work of origin than this one, which emulates the spirit and the style of the original trilogy.' - Tom Nolan, Wall Street Journal 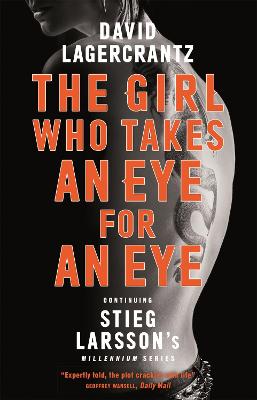 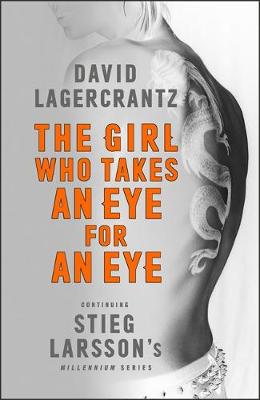 David Lagercrantz was born in 1962, and is an acclaimed author and journalist. As well as numerous biographies (including the internationally bestselling I Am Zlatan Ibrahimovic, for which he was the ghostwriter) he has written four novels, of which The Fall of Man in Wilmslow was the first to be translated into English. In December 2013 it was announced that he would write a continuation of Stieg Larsson's Millennium series. The fourth Millennium title, The Girl in the Spider's Web, will be published in August 27, 2015. 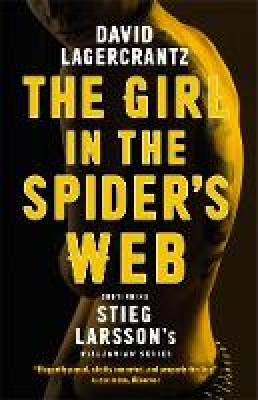