The Mermaid and Mrs Hancock

LoveReading View on The Mermaid and Mrs Hancock

Longlisted for the Desmond Elliott Prize 2018

'A brilliantly plotted story of mermaids, madams and intrigue in 1780s London and I wouldn't be surprised to see it become the Essex Serpent of 2018' - The Pool'Imogen Hermes Gowar is a soon-to-be literary star' - Sunday Times THIS VOYAGE IS SPECIAL.

Oh how I adored this mysterious tale, darkly beautiful and beguiling, it called to me and still hasn’t let go. The cover is a stunner, calling for a pause before entering its heady depths. One of Jonah Hancock’s sea captains sells Jonah’s ship for a mermaid, all of society want to see this marvel and he is swept up into a world outside of his awareness. Courtesan Angelica Neal is on the edge of her beauty, she is determined to remain independent, yet the life she lives is ever watchful, ready to turn on her, to cast her out. The two meet, the mermaid calls to them, can they resist the dangers that threaten? The first chapter so eloquently describes Jonah, I felt his heart, touched his thoughts, and stepped beside him as he began to explore. I effortlessly sank in the words and read, Imogen Hermes Gowar writes with an artistic, otherworldly touch. What greets you is rich, yet subtle, provocative yet welcoming, there is a deeply magical edge that cuts a pathway to your soul, yet the reality, the bite, the tangibility of this tale can  truly be felt. I quite simply adored ‘The Mermaid and Mrs Hancock’, it is a haunting, sumptuous, pearl of a read just awaiting discovery. ~ Liz Robinson

The Mermaid and Mrs Hancock Synopsis

THIS VOYAGE IS SPECIAL. IT WILL CHANGE EVERYTHING. One September evening in 1785, the merchant Jonah Hancock hears urgent knocking on his front door. One of his captains is waiting eagerly on the step. He has sold Jonah's ship for what appears to be a mermaid. As gossip spreads through the docks, coffee shops, parlours and brothels, everyone wants to see Mr Hancock's marvel. Its arrival spins him out of his ordinary existence and through the doors of high society. At an opulent party, he makes the acquaintance of Angelica Neal, the most desirable woman he has ever laid eyes on... and a courtesan of great accomplishment. This meeting will steer both their lives onto a dangerous new course, on which they will learn that priceless things come at the greatest cost. Where will their ambitions lead? And will they be able to escape the destructive power mermaids are said to possess? In this spell-binding story of curiosity and obsession, Imogen Hermes Gowar has created an unforgettable jewel of a novel, filled to the brim with intelligence, heart and wit.

'A cracking historical novel - with a twinge of the surreal - about passion and obsession, dreams and reality... The story is by turns intriguing, touching, funny, sad and heartwarming. It will make you laugh and it may make you cry. Mostly, though, the cast of endlessly engaging characters will keep you running the pages until you get to the wholly satisfying ending... The Mermaid and Mrs Hancock is superb.' - The Times

'Roll up, roll up, a true wonder is on display: a mermaid magicked out of words. The author of this debut set in Georgian London gulled me, by the zest of her writing and sustained authorial slight of hand, into forgetting for a second that they do not exist... Imogen Hermes Gowar delights in the feminine fakery of mermaids, but as a writer she is the real deal. -- Hermione Eyre, author of Viper Wine' - Guardian

'Historical fiction at its finest... Early as it is in the year to be predicting Booker nominations, if debuts feature as prominently as they did on last year's longlist, this will surely merit consideration.' - Irish Times

'From the first page of this dazzling debut novel, you are pitched into a sumptuously detailed adventure set in the bustle and swagger of 18th century London... The result is a wonderfully written and richly descriptive novel, its brilliantly drawn characters driven by heady and dangerous desires.*****' - Sunday Express

'Hotly anticipated... a bold, sumptuous doorstopper... Gowar has created a dazzlingly original novel, full of heady pleasures and shot through with the kind of irreverent humour you might expect to find in Georgian London. She's succeeded in creating a fully-realised world that you want to get lost in. But what's most refreshing is that she gives all the best lines to women.' - Evening Standard

'A marvellous, high-energy, inventive romp through Georgian society. Rich in delicious period detail and written with a wickedly observant eye, the path of this unlikely romance leads down some unexpected byways to give a fantastic and thoroughly enjoyable reading treat.' - Daily Mail

'The bustling, bawdy world of 18th-century London [is] expertly evoked in Imogen Hermes Gowar's The Mermaid and Mrs Hancock. This is undoubtedly the start of a major career for this young writer.' - Vogue

'Beautifully written...As seductive as any siren's song, this remarkable, glittering Georgian tale has a heart of purest gold. -- Essie Fox It's now the fate of new historical novels to be hyped as `the next Essex Serpent' ... The good news is that Imogen Hermes Gowar's sparkling debut more than merits the comparison... Pure storytelling pleasure.' - Metro

'Like the recent historical-fiction hits Franics Spufford's Golden Hill, Sarah Perry's The Essex Serpent and Jessie Burton's The Miniaturist, this is a novel pungent in historical detail' - Sunday Times

'Gowar has crafted a dazzlingly original novel, full of heady pleasures and shot through with the kind of irreverent humour you might expect to find in Georgian London.' - Evening Standard

'This ambitious debut has many virtues: the writing is rich, opulent, at times witty, and Gowar captures the decadent, febrile atmosphere of late-18th-century London in impressive detail.' - Simon Humphreys  Mail on Sunday

'A brilliantly plotted story of mermaids, madams and intrigue in 1780s London and I wouldn't be surprised to see it become the Essex Serpent of 2018.' - The Pool

'The richness and rhythm of the writing is irresistible. -- Emma Healey A story of curiosity and obsession, this is full of rich detail and is a book to get lost in' - Stylist

'A gloriously assured debut, set in a beautifully drawn London... A story of obsession and destruction, hope and heart, which beguiles as much as the mermaid herself.' - Red Magazine

'The most buzzed-about book of 2018 so far is also the most magical... the definition of `must-read'' - Sunday Telegraph Stella Magazines

'It feels like 2018 has more than its share of debut novels to get excited about. The Mermaid and Mrs Hancock by Imogen Hermes Gowar nails the 18th century as convincingly as Francis Spufford in Golden Hill, but with supernatural elements that bring to mind Susannah Clarke and Sarah Perry.' - Alex Preston  Observer Best Fiction 2018 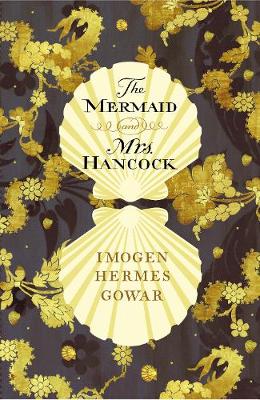 Imogen Hermes Gowar studied Archaeology, Anthropology and Art History before going on to work in museums. She began to write fiction inspired by the artefacts she worked with, and in 2013 won the Malcolm Bradbury Memorial Scholarship to study for an MA in Creative Writing at UEA. The Mermaid and Mrs Hancock was a finalist in the MsLexia First Novel Competition and shortlisted for the inaugural Deborah Rogers Foundation Writers' Award.