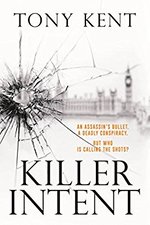 What a great start to a thriller that just gets better and better for the book opens with what appears to be an attempted assassination of the US President in Trafalgar Square during a ceremony to respect the dead of both countries. It is here we are introduced to a professional killer, Joshua, whose role is to protect the ‘real’ killer, McGale, so we get both men shooting, killing or fleeing. It is all captured on TV by an American reporter and her experienced cameraman. Through fast action, clever double-crossing and a high body count, we shift to Ireland. Here, naturally, past terrorism problems cloud the scene and the plot thickens. This is the sort of tale you really cannot say too much about so I will finish with saying it is riveting with a good Irish and political plot, plenty of twists and turns, some love interest and well-drawn characters reminiscent of Le Carré’s Smiley novels, and that is praise indeed.  Surprisingly it is a first novel but the author has excellent credentials, he is a criminal barrister and an ex-heavyweight boxer! It begins a series I’m glad to say.  ~ Sarah Broadhurst

An assassin's bullet. A deadly conspiracy. But who is calling the shots?; `A twisty, action-packed conspiracy thriller. Kent knows how to bring the thrills' -- MASON CROSS, author of the Carter Blake series; When an attempted assassination sparks a chain reaction of explosive events across London, Britain's elite security forces seem powerless to stop the chaos threatening to overwhelm the government.; As the dark and deadly conspiracy unfolds, three strangers find their fates entwined: Joe Dempsey, a deadly military intelligence officer; Sarah Truman, a CNN reporter determined to get her headline; and Michael Devlin, a Belfast-born criminal barrister with a secret past.; As the circle of those they can trust grows ever smaller, Dempsey, Devlin and Truman are forced to work in the shadows, caught in a life-or-death race against the clock, before the terrible plot can consume them all.

What To Read After Killer Intent 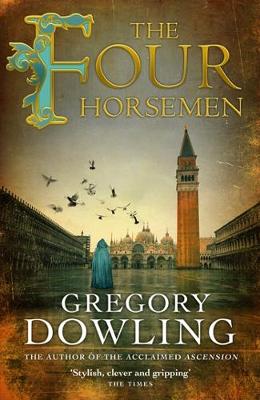 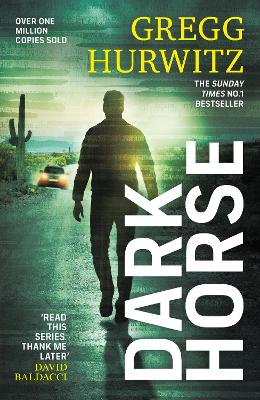 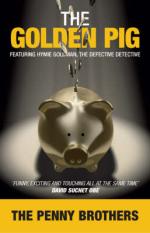 ‘Killer Intent’ is a “must read” for all aficionados of this genre of thriller.

‘Killer Intent’ is an all action thriller arising from an attempted assassination and political conspiracy.

I was impressed with the way Tony Kent managed to capture my attention from the beginning and maintain the momentum through the twists and turns of his many-layered plot. The sequential introduction of "Joshua", the hired assassin and his protagonists, Joe Dempsey, the intelligence officer, Sarah Truman, a CNN reporter and Michael Devlin, a Belfast-born barrister, enlivened the narrative so that I kept on reading. I found some of the action a little too like a James Bond film but overall the fast pace and well researched details carried me along to the strong conclusion of their life-or-death race.

Such a gripping book, and an action packed thriller full of plot twists. I would definitely recommend. It was a brilliantly written debut novel and I look forward to reading more from Tony Kent.

This book gripped me as soon as I started reading. Opening in the thick of the action, Tony Kent did a great job luring me to read on. It was a book that I could not put down. The plot line details how an assassination leads to an exciting series of events with an ex-military figure, news reporter and barrister with secrets drawn in to the action. A great book and I would definitely recommend it to anyone looking for a new thriller. I really enjoyed this debut book from Tony Kent and look forward to seeing what else he releases.

I thoroughly enjoyed this book, a page turner, intricate and tightly plotted, it skilfully weaves many strands together as a massive cover up is exposed and the truth behind the murders emerges.

Gripping from the very first page, the book opens with an assassination in London at an event to commemorate British heroes of the recent Middle Eastern wars and attended by VIPs from the USA and Great Britain.  This is only the very beginning of events in a fast moving conspiracy thriller by a new writer, Tony Kent in his debut book.

Witnessed by Sarah Truman, a CNN reporter and her photographer colleague, Sarah becomes embroiled in the fall out where she meets Michael Devlin, a barrister whose business partner, Daniel Lawrence is called in to represent the Irish professor accused of the assassination.

However the assassination has foiled another plot by a professional assassin, Joshua.  Joshua kills a British agent but, for the first time, fails in one phase of the tasks he has been set by the mysterious and enigmatic Stanton, a voice at the other end of a phone.  Major Joe Dempsey, ex SAS and now working for Special Forces is investigating the events on behalf of the British government and knows Joshua from his time with the SAS.

Set in London and Belfast the plot evolves to focus on the troubles in Ireland and a resurrection of the bombing campaigns.  As Sarah and Michael race for their lives, the thrilling climax in Belfast brings Joshua and Joe Dempsey together again and forces Michael to face demons from his past growing up in Belfast.

As a fan of political thrillers, I really enjoyed this book. The plot kept you guessing from the very beginning until the last page.

From the start with the attempt on the US president  and the involvement of the government and the Irish underground the action and pace was fast.

The plot kept you  guessing from the very beginning until the last page. The main characters Joe Dempsey, Michael Devlin and Sarah from the news channel, made me want to know more about there lives and there  insight  into the action.

I am pleased we will see more of them in the sequel to this book. I cannot wait.

With more twists and turns than a government policy it zipped along at a cracking pace and kept me enthralled right up to the climax which came all too soon.

So many distractions at Christmas but I couldn’t wait to get back and read more of this gripping story.

With more twists and turns than a government policy it zipped along at a cracking pace and kept me enthralled right up to the climax which came all too soon.

A great read, well written and having that extra something that makes a book that much more difficult to put down.

A really exciting first novel and certainly looking forward to the next one.

Killer Intent by Tony Kent- an assassination, torture and murders, a fast paced novel with realistic characters, politics and a love interest, who could ask for more!

Killer Intent by Tony Kent was sent to me to review. A fast paced beginning with an assassination carried out by someone within the security forces. The chapters are short and the tension builds very quickly. A nosey but determined reporter becomes involved and the plot thickens as reactions take place across London. The involvement of a barrister with a dodgy past and a military intelligence officer adds to the drama. Is Britain heading back to the unrest of the past with the involvement of the Irish?  Bloody battles are described in vivid detail with torture and killings galore

Add to all this a love interest and there is something for everyone. As the main characters travel across to Ireland and back we see their true characters with one or two dominating the storylines. This could turn into a whole series of books, and I for one will be looking out for them if this happens.

It's an ok read, but not a great example of the genre.

I did enjoy reading this book but....

It's too long.  There is lots of unnecessary waffle in this book.

The characters are a mixed bag.  Some believable some very much not.  And to be honest that spoils the story.  I feel one character in particular was weak (Joshua) and appeared to change his motivation half way through the book.  I did however like Michael.

The women in this book are pointless, yet the author did have opportunity to deliver a strong female lead.  (But she really was pathetic).

The storyline, while somewhat interesting, is a tad old fashioned.  It's  so obvious from the start who the 'baddies' are.  (I do like a book with a good twist).

To summarise us say it was an ok read, but not a great example of this genre.

A twisty, action-packed conspiracy thriller. Kent knows how to bring the thrills. - Mason Cross, author of the Carter Blake series

Killer Intent is not only considered but cleverly layered, unpredictable and best of all really great fun to read... My advice: Put it on your must have list for January. - Liz Loves Books

This is an absolute knockout debut novel from Tony Kent and with more of Devlin and Dempsey promised, I for one can't wait -- Shotsmag 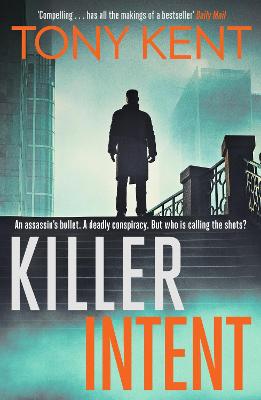 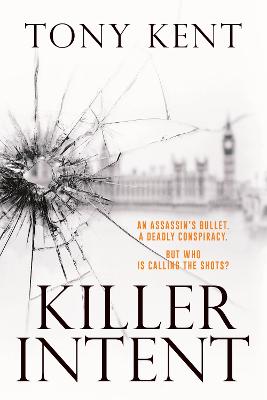 Tony Kent grew up in a close-knit Irish family in London and studied law in Scotland. He is a top-ranking barrister and former champion boxer who brings a wealth of detail and personal insight to this unputdownable thriller. A regular at London's Old Bailey, Tony's case history includes prosecuting and defending many high-profile, nationally reported trials. Before his legal career, Tony boxed internationally as a heavyweight and won a host of national amateur titles. He is based in London.