Our Friends from Frolix Eight

LoveReading Expert Review of Our Friends from Frolix Eight

Another novel from Philip K Dick to stir the emotions and get the cogs of the brain turning. A truly original writer.

Our Friends from Frolix Eight Synopsis

WHAT HAD ANSWERED MANKINDâ€™S CALL FOR HELP?

Thors Provoni had gone to the stars to seek help for his fellow men. So far there was no evidence that any other intelligent race existed out there at all, let alone one willing to aid ordinary homo sapiens on an Earth where he had become a second class citizen. For in the 22nd Century dominance in human affairs had passed to a cabal of genetic freaks â€“ telepaths, precogs, â€˜New Menâ€™ with IQs which went off the scale â€“ and ordinary men didnâ€™t have much of a chance. Suddenly a message came from Provoni. He was coming back, miraculously, with friends from Frolix 8 to champion the â€˜Old Menâ€™. But who, or what, and just how friendly, were these friends?

What To Read After Our Friends from Frolix Eight 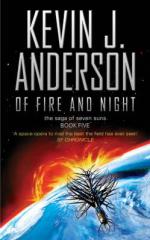 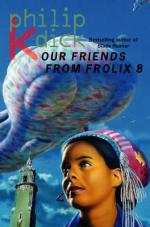