Part of the An Arrowood Mystery Series

London 1895, gloriously brought to life in all its grizzly glory. Arrowood is a weathered Private Investigator with a soft heart and a weakness for a drink. He shares the same skies as the famous, revered detective, Sherlock Holmes and yet he can only dream of sharing the same accolades and financial rewards. The cases Arrowood and his long suffering assistant Barnett work are deadly, sleazier and of poor pay. Still carrying the ghost of a disastrous investigation that left a man violently beaten to death, they take on a seemingly straightforward missing person case. Before long a simple investigation turns into a dangerous step into the world of political violence and dealings with the very same crime boss involved in their earlier case. Anxious to keep a distance yet bound by obligation after the death of a young informant, they are soon deeply involved in something deadly.

Being a fan of Sherlock Holmes it was wonderful to revisit late Victorian London. The atmosphere Finlay creates is authentic and Arrowood’s animosity towards Holmes adds an interesting twist. Arrowood is a very different detective. Repulsive at times, yet sad and kind-hearted. I couldn’t help but warm to him. His assistant and our narrator Barnett, leads us through the case right to the thrilling climax that had me on the edge of my seat.

London Society takes their problems to Sherlock Holmes. Everyone else goes to Arrowood.

1895: London's scared. A killer haunts the city's streets. The poor are hungry; crime bosses are taking control; the police force stretched to breaking point. While the rich turn to Sherlock Holmes, the celebrated private detective rarely visits the densely populated streets of South London, where the crimes are sleazier and the people are poorer. In a dark corner of Southwark, victims turn to a man who despises Holmes, his wealthy clientele and his showy forensic approach to crime: Arrowood - self-taught psychologist, occasional drunkard and private investigator. When a man mysteriously disappears and Arrowood's best lead is viciously stabbed before his eyes, he and his sidekick Barnett face their toughest quest yet: to capture the head of the most notorious gang in London...

`Arrowood is a flawed but engaging hero and the plot spins from peril to twist and back with real panache...Crackles with energy and wit'   The Times

'A book with enough warmth, charm, humour, and intrigue to signal the start of an excellent new series.' - Vaseem Khan, author of The Unexpected Inheritance of Inspector Chopra

`A fantastic creation
The Spectator

`Arrowood feels... like he's always existed, we're only now being treated to an introduction. Mick Finlay's atmospheric, detailed, singular London is a terrifying place I hope to return to again and again.
Ross Armstrong, bestselling author of The Watcher

`If you ever thought the Sherlock Holmes stories might benefit from being steeped in gin, caked in grime and then left unwashed for weeks...Mick Finlay's 1895-set detective debut is for you.
Crime Scene

`A book with enough warmth, charm, humour, and intrigue to signal the start of an excellent new series.
Vaseem Khan, author of The Unexpected Inheritance of Inspector Chopra

`Stunningly dark and atmospheric crime debut. This is a story that packs a powerful punch. With murder, intrigue, dark humour, compelling characters and an extraordinary backdrop, it's to be hoped that Arrowood is just the opener for a thrilling and original new series.
Lancashire Evening Post 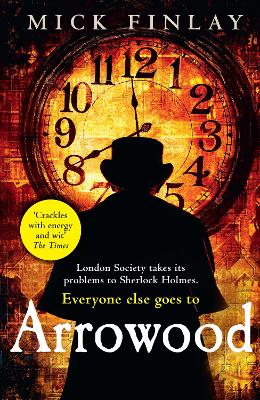 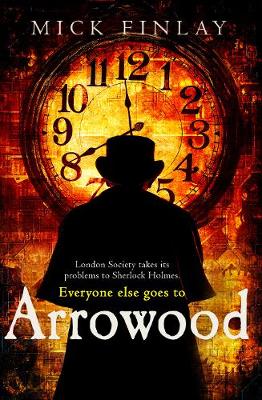 Mick Finlay was born in Glasgow but left as a young boy, living in Canada and then England. Before becoming an academic, he ran a market stall on Portobello Road, and has worked as a tent-hand in a travelling circus, a butcher's boy, a hotel porter, and in various jobs in the NHS and social services. He teaches in a Psychology Department, and has published research on political violence and persuasion, verbal and non-verbal communication, and disability. He now lives in Brighton with his family.

View All Books By Mick Finlay