How to be Champion

LoveReading View on How to be Champion

October 2017 Non-Fiction Book of the Month

So good, I wanted to give both the book, and Sarah Millican a thank you hug. I will admit to almost mugging my boss to get my hands on this book. I have sat in a theatre, with this wonderful, funny woman up on the stage in front of me and grinned, chuckled, and plain roared with laughter. I opened the book and settled in for a fascinating read. I could hear her voice in my head as I devoured the pages, simply because no one else could say what she says, the tone is beautifully and unmistakably her. In my opinion Sarah Millican speaks a heck of a lot of sense, she is positive and sunny, even when describing bullying, or the more difficult side to fame. She also stands up for decency, and kindness, and is just so, so honest (particularly about poo and periods). Occasionally I felt sad, I often snorted with laughter, and once laughed so hard I cried. I wholeheartedly recommend ‘How to be Champion’, Sarah Millican is in every word, in every sentence, and it’s just fabulous!  ~ Liz Robinson

How to be Champion Synopsis

Part autobiography, part self help, part confession, part celebration of being a common-or-garden woman, part collection of synonyms for nunny, Sarah Millican's debut book delves into her super normal life with daft stories, funny tales and proper advice on how to get past life's blips - like being good at school but not good at friends, the excitement of IBS and how to blossom post divorce.

If you've ever worn glasses at the age of six, worn an off-the-shoulder gown with no confidence, been contacted by an old school bully, lived in your childhood bedroom in your thirties, been gloriously dumped in a Frankie and Benny's, cried so much you felt great, been for a romantic walk with a dog, worn leggings two days in a row even though they smelt of wee from a distance, then this is YOUR BOOK. If you haven't done those things but wish you had, THIS IS YOUR BOOK. If you just want to laugh on a train/sofa/toilet or under your desk at work, THIS IS YOUR BOOK.

How to be Champion Press Reviews

'A properly funny autobiography had a one-night stand with a genuinely inspirational self-help book and this is their lovable mongrel offspring.'  FRANK SKINNER

'Do not read this while eating tomato soup. You are guaranteed to laugh and stain something.'  SANDI TOKSVIG

'Of course Sarah Millican's book will make you laugh out loud, but there are moments where she will touch you deeply. The dirty bitch.'  KATHY BURKE

'An iron fist in a marigold glove' GUARDIAN 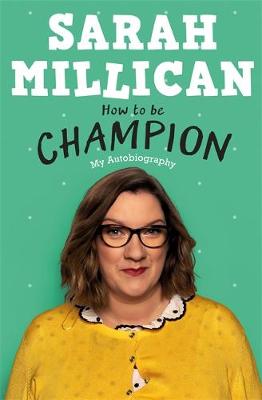 Since winning the 2008 if.comedy Best Newcomer Award at the Edinburgh Fringe Festival for her debut solo show, Sarah Millican's Not Nice, Sarah has firmly established herself as a household name, having been nominated three times for The British Comedy Awards People's Choice: Queen of Comedy and winning the award in 2011. Sarah's debut DVD, Chatterbox Live!, was the biggest selling stand-up DVD by a female comedian of all time, shifting over 150,000 units in the first five weeks of release alone. Her latest title, Sarah Millican: Outsider, was released in November 2016 and went straight to number one in the sales chart ... 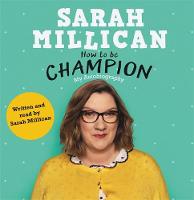 View All Books By Sarah Millican