The Queen of Subtleties

LoveReading View on The Queen of Subtleties

This is a re-telling of a familiar and historic fairytale - how a beautiful young queen falls from enchantress to public enemy. As she attracts increasingly bad press, both King and court choose to believe the worst about her. Suzannah Dunn adds her own stamp to the catastrophic story of Anne Boleyn.

Divorced, beheaded, died, divorced, beheaded, survived. We all know the deaths of Henry's six wives, but how much is known of their lives? This is the starting point for Dunn's clever, compelling new book - the obscure and intriguing life of Anne Boleyn. The story is told by two narrators, Queen Anne on the eve of her execution and Lucy Cornwallis, who was the only female cook in Henry's kitchens, and had the important role as the King's sweet maker. It becomes clear that Lucy is the eponymous queen, and whose subtleties - delicious sugar and marzipan confections, could rival any mistress for the King's affection. As we all know, Henry's court was a dangerous place, full of intrigue and plot, especially for a young queen who had yet to forge powerful alliances. Gradually Anne becomes deeply woven into a web of deceit as her enemies conspire to bring about her downfall, through whatever means they could. This also went as far as a near total discrediting of her only child, Elizabeth; but as they say, the rest is history.

How you feel about Queen of Subtleties depends on your view of historical novels in general. So little is known about Anne's life, because her enemies simply erased or blackened her memory and Suzannah Dunn has pieced together a jigsaw puzzle of known and fictionalised pieces. This cleverly creates a plausible and enchanting version of Anne's life, written in a completely modern, vernacular style. This book certainly challenges preconceptions about Anne, and I rather hope that she was, as Dunn has written, a courageous, likeable and quick-witted woman.

A lovely author giving us a fresh spin on Anne Boleyn. This time she is clever and independent minded rather than scheming and deviant

The Queen of Subtleties Synopsis

Everyone knows the story of Anne Boleyn. Henry VIII divorced his longstanding, long-suffering, older, Spanish wife for a young, black-eyed English beauty, and, in doing so, severed England from Rome and indeed from the rest of the western world. Then, when Henry had what he wanted, he managed a mere three years of marriage before beheading his wife for alleged adultery with several men, among them his own best friend and her own brother.

This is the context for Suzannah Dunn's wonderful new novel, which is about – and told by – two women: Anne Boleyn, king's mistress and fated queen; and Lucy Cornwallis, the king's confectioner, an employee of the very highest status, who made the centrepiece of each of the feasts to mark the important occasions in Anne's ascent. There's another link between them, though: the lovely Mark Smeaton, wunderkind musician, the innocent on whom, ultimately, Anne's downfall hinged…

Suzannah Dunn has all the equipment needed for literary-commercial success: wit, a mastery of dialogue, brilliant characterization, lack of pretence, and good humour. The Queen of Subtleties adds to that mix a wonderfully balanced, strong story; Dunn has plumped for a fascinating retelling of one of the most often-told, most compelling stories of our islands' history. In doing so, she's turning from contemporary stories to historical fiction. The result is sensational. 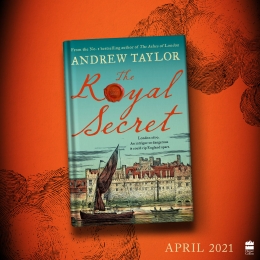 The Queen of Subtleties Press Reviews

'THE QUEEN OF SUBTLETIES offers a stunningly refreshing way of retelling an old story. I often abandon historical novels nowadays, but I really could not put this one down. It brings Anne Boleyn to life as never before, and, probably for the first time ever in fiction, Henry VIII emerges as a truly credible character in an authentic setting.' Alison Weir, author of The Six Wives of Henry VIII

‘The story of Anne Boleyn has been told many times, but never in such an earthy, plausible way, straight from the bedrooms and kitchens of Henry VIII.’  Glamour 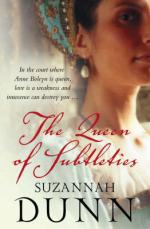