LoveReading View on The Passenger

Award-winning thriller and historical crime writer F.R. Tallis heads into supernatural waters with his new novel. The Passenger is an atmospheric and highly worrying tale set in and around a German U-Boat in 1941. Despite Lothar-Gunther Bucheim’s acclaimed novel Das Boot (and the film based upon it) the story of the German side of the U-boat campaigns of WWII is relatively unknown. It’s horrifying stuff. The U-Boat war was one of squalor, constant stress, crushing danger and moments of sheer terror. Tallis has done his research and his hero Captain Lorenz and his crew live out vividly described and tellingly detailed lives in a cramped, creaking and stinking submarine that is more claustrophobic and horribly atmospheric than any haunted house. For this is no straightforward war novel. A secret mission to pick up a captured British Naval captain and a Norwegian academic soon goes awry, the voyage runs into bad luck and Lorenz and his crew begin to experience dreams and terrors that can’t be dreams. The melding of dream and reality, the sudden shock of the supernatural is combined with the grime and danger of the war brilliantly. The war itself intrudes suddenly and in ways that sometimes seem disconnected but the focus here is on the nature of the supernatural threat they must face. The troubled Lorenz is an engaging companion through this nightmare and The Passenger will certainly take fans of WWII naval fiction and fans of James Herbert alike for a chilling and deep ride into the unknown. ~ Simon Spanton

Not all those on board are invited ...1941. A German submarine, U-330, patrols the stormy inhospitable waters of the North Atlantic. It is commanded by Siegfried Lorenz, a maverick naval officer who does not believe in the war he is bound by duty and honour to fight in. U-330 receives a triple-encoded message with instructions to collect two prisoners from a vessel located off the Icelandic coast and transport them to the base at Brest, and British submarine commander, Sutherland, and an Norwegian academic, Professor Bjornar Grimstad, are taken on board. Contact between the prisoners and Lorenz has been forbidden, and it transpires that this special mission has been ordered by an unknown source, high up in the SS. It is rumoured that Grimstad is working on a secret weapon that could change the course of the war ...Then, Sutherland goes rogue, and a series of shocking, brutal events occurs. In the aftermath, disturbing things start happening on the boat. It seems that a lethal, supernatural force is stalking the crew, wrestling with Lorenz for control. A thousand feet under the dark, icy waves, it doesn't matter how loud you scream ... 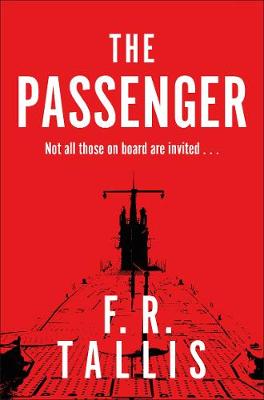 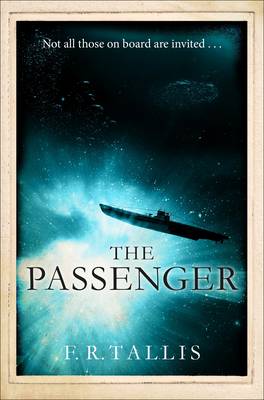 F. R. Tallis is a writer and clinical psychologist.  He has written self-help manauls, non-fiction for the general reader, academic text books, over thirty academic papers in international journals and several novels. Between 1999 and 2012 he received or was shortlisted for numerous awards, including the New London Writers' Award, the Ellis Peters Historical Dagger, the Elle Prix de Letrice, and two Edgars. His critically acclaimed Liebermann series (written as Frank Tallis) has been translated into fourteen languages and optioned for TV adaptation. His latest novels include The Forbidden, The Sleep Room and The Voices.