The Summer Before the War

LoveReading View on The Summer Before the War

Despite the title – The Summer Before the War – which this terrific novel does indeed trace, it also spills into the horrors of the war years and eventually releases us back into some sort of very different peace. Set mostly in pretty coastal Rye, full of the strictures of Edwardian Society, it is evocative and very moving, highlight the prejudices and injustices of the early 20th Century. Agatha, whose husband is in the Foreign Office, is campaigning for a woman to replace the Latin Master in the local Grammar School. A group of Belgian refugees arrive, splitting the opinions of the community, then the new Latin Mistress befriends an old Gypsy’s grandson seeing his potential and wanting to school him for a scholarship. War arrives and the author powerfully highlights the ignorance, stupidity and insensitivity of those in command against the resilience and courage of the ordinary soldiers. It is heartbreaking, beautifully written and well researched. An excellent read.

The Summer Before the War Synopsis

East Sussex, 1914. It is the end of England's brief Edwardian summer, and everyone agrees that the weather has never been so beautiful. Hugh Grange, down from his medical studies, is visiting his Aunt Agatha, who lives with her husband in the small, idyllic coastal town of Rye. Agatha's husband works in the Foreign Office, and she is certain he will ensure that the recent sabre rattling over the Balkans won't come to anything. And Agatha has more immediate concerns; she has just risked her carefully built reputation by pushing for the appointment of a woman to replace the Latin master. When Beatrice Nash arrives with one trunk and several large crates of books, it is clear she is significantly more free thinking - and attractive - than anyone believes a Latin teacher should be. For her part, mourning the death of her beloved father who has left her penniless, Beatrice simply wants to be left alone to pursue her teaching and writing. But just as Beatrice comes alive to the beauty of the Sussex landscape, and the colourful characters that populate Rye, the perfect summer is about to end. For despite Agatha's reassurances, the unimaginable is coming. Soon the limits of progress, and the old ways, will be tested as this small Sussex town and its inhabitants go to war.

The Summer Before the War Reader Reviews

The Summer Before the War Press Reviews

'Radiant ... I found myself turning pages with increasing awe as well as pleasure. The provincial village of Rye, Sussex in the days just before and after the Great War is so vividly drawn it fairly vibrates - but it's the depth and sensitivity with which Simonson weighs the steep costs and delicate bonds of wartime - and not just for the young men in the trenches, but for every changed life and heart - that reveals the full mastery of her storytelling. Like a Jane Austen or Henry James for our day and age, Simonson is that good, and The Summer Before the War is nothing short of a treasure' -- Paula McLain, author of The Paris Wife

'At once haunting and effervescent, The Summer Before the War demonstrates the sure hand of a master. Simonson's characters enchant us, her English countryside beguiles us, and her historical intelligence keeps us at the edge of our seats. This luminous story of a family, a town, and a world in their final moments of innocence is as lingering and lovely as a long summer sunset' -- Annie Barrows, author of The Truth According to Us and co-author of The Guernsey Literary and Potato Peel Pie Society

'In the noisy world of today it is a delight to find a novel that dares to assert itself quietly but with the lovely rhythm of Helen Simonson's funny, comforting, and intelligent debut' -- Elizabeth Strout, Pulitzer Prize-winning author of 'Olive Kitteridge

'How clever of her to have entered that era so convincingly and gently and to have written about such traumas along with lovely wit and grace...hugely enjoyable -- Sofka Zinovieff Words cannot convey the slow-burning pleasure' The Times

'Simonson's writing is as delightful as ever, lively, witty and heartfelt, while engaging thoughtfully with the brutal imminence of World War I' -- Madeline Miller, author of The Song of Achilles

'A quiet, but ultimately devastating, story of a society invaded by the death and violence from across the Channel. Pinpointing the snobbery and rigidity of a social order that needed a good shake-up, it is gently satiric, but lovingly written. Don't be put off by the leisurely pace, for at its heart is shrewd observation and a memorable tenderness' Daily Mail

'There is a nostalgic, warmly seductive afterglow to this evocation of a tight-knit town ruptured yet also reinforced by the onset of war... It quickly becomes an immersive, howlingly emotional read' Sunday Times

'The novel begins as a comedy of manners in picturesque Rye but deepens into a meditation on loss in the trenches of Flanders. It's a slow-burn opening with local rivalries, gender politics and burgeoning romances, but the arrival of Belgian refugees shifts the focus to WWI and the physical and emotional wounds of all involved' Mail on Sunday 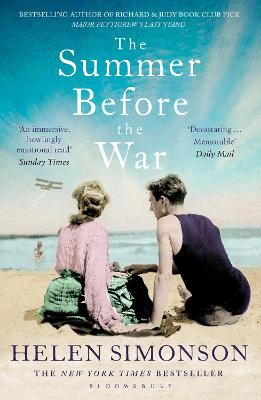 Helen Simonson is an Englishwoman who spent her teenage years in a small village in East Sussex, near Rye. A graduate of the London School of Economics, she recently completed an MFA at Stony Brook Southampton. Her short stories and essays have been featured in various publications and broadcast on radio. A longtime resident of Brooklyn, New York, Helen is currently living in the Washington D.C. area with her husband and two sons. Major Pettigrew's Last Stand is her first novel. Photo credit: Nina Subin 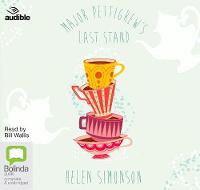 View All Books By Helen Simonson