A novel within a novel…a masterpiece of brilliance that will dazzle you.  Tony and Susan is an eerie, riveting novel of reading and writing, fear and regret, blood and revenge... It is simultaneously a riveting portrayal of the experience of reading and a page-turning thriller, written in startlingly arresting prose. It is also a novel about fear and regret, revenge and aging, marriage and creativity. It is simply unique.

The novel that inspired the 2016 major motion picture Nocturnal Animals, starring Jake Gyllenhaal and Amy Adams, is a dazzling, eerie, riveting thriller of fear and regret, blood and revenge.

Many years after their divorce, Susan Morrow receives a strange gift from her ex-husband. A manuscript that tells the story of a terrible crime: an ambush on the highway, a secluded cabin in the woods; a thrilling chiller of death and corruption. How could such a harrowing story be told by the man she once loved? And why, after so long, has he sent her such a disturbing and personal message...? Originally published as Tony and Susan.

Absorbing, terrifying, beautiful and appalling. I loved it... Unforgettable -- Ruth Rendell A superb and thrilling novel... Extraordinary -- Ian McEwan Tony and Susan is unbeatable. I was bowled over by this disturbing, bold novel Observer A f***king masterpiece. I wish that Wright was still alive so that I could tell him so... It's going to become a living, breathing, knock-out classic. Astonishing -- MJ Hyland Astute, cunning and thrilling in equal measure, this is one lost novel that deserves to be found by a whole new generation of readers Independent on Sunday I want to read it all over again... Not since Cormac McCarthy's The Road have I been so gripped and unsettled by a piece of fiction -- Sarah Waters Marvellously written - the last thing you would expect in a story of blood and revenge. Beautiful -- Saul Bellow Compelling... Mesmerizing... Absolutely irresistible New York Times A nail-biter and a penetrating portrait of guilt and revenge Sunday Times 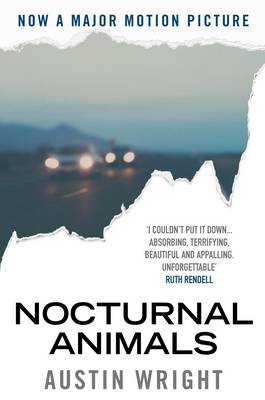 Austin M. Wright was born in New York in 1922. He was a novelist and academic. He lived with his wife and daughters in Cincinnati, and died in 2003 at the age of eighty.

View All Books By Austin Wright