An ugly duckling as a child, Jodie Bentley had two dreams in life - to be beautiful and rich. She's achieved the first, with a little help from a plastic surgeon, and now she's working hard on the second. Her philosophy on money is simple: you can either earn it or marry it. Marrying is easy, it's getting rid of the husband afterwards that's harder, that takes real skill. But hey, practice makes perfect ...Detective Superintendent Roy Grace is feeling the pressure from his superiors, his previous case is still giving him sleepless nights, there have been major developments with his missing wife Sandy, and an old adversary is back. But worse than all of this, he now believes a Black Widow is operating in his city. One with a venomous mind ...and venomous skills. Soon Grace comes to the frightening realization that he may have underestimated just how dangerous this lady is.

No one can deny James's success as a crime novelist ... The Grace stories almost always go to the top of the bestseller lists, not least because they are supremely well-told. James writes meticulously researched police procedurals, so informed that you can smell the canteen coffee ... enthralling Daily Mail Peter James has penetrated the inner workings of police procedures, and the inner thoughts and attitudes of real detectives, as no English crime writer before him. His hero, Roy Grace, may not be the most lively cop, nor the most damaged by drink, weight or misery, but he's one of the most believable The Times 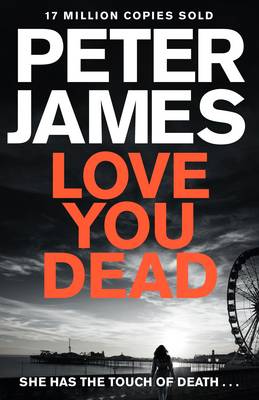