Rather be the Devil

LoveReading Expert Review of Rather be the Devil

A truly fabulous blast of crime fiction. John Rebus continues to ignore retirement, and an unsolved case haunts his thoughts as he shoulders his way into the middle of a current investigation. Ok, hands up, I confess… this is my first meeting with John Rebus! I will admit to being slightly wary of jumping into the deep end of such a successful and prevalent series, yet immediately felt at home and now can't wait to work my way through the others. John Rebus may wobble on the scales of law and order, but his core sense of integrity, tenacity, and grit, ensure he is someone you would most definitely want on your side. I found myself well and truly caught in the snare of Ian Rankin’s writing; this was so easy to read, yet the story coiled, twisted, and thrashed its way through feuds, murder, and some seriously crooked minds. ‘Rather Be the Devil’ is a compelling, gutsy, proper crime fix, and I wholeheartedly recommend it. ~ Liz Robinson

Rather be the Devil Synopsis

Some cases never leave you. For John Rebus, forty years may have passed, but the death of beautiful, promiscuous Maria Turquand still preys on his mind. Murdered in her hotel room on the night a famous rock star and his entourage were staying there, Maria's killer has never been found. Meanwhile, the dark heart of Edinburgh remains up for grabs. A young pretender, Darryl Christie, may have staked his claim, but a vicious attack leaves him weakened and vulnerable, and an inquiry into a major money laundering scheme threatens his position.

What To Read After Rather be the Devil 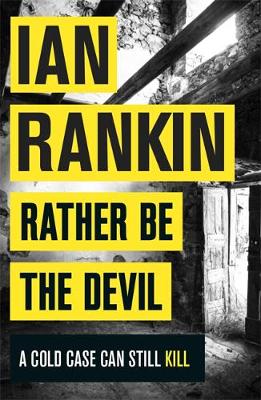 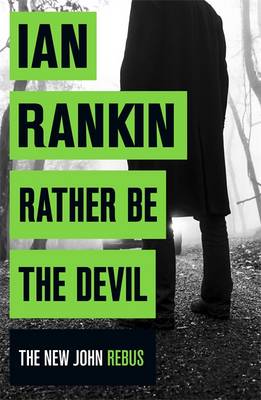