by Terry Pratchett, The Discworld Emporium

The Terry Pratchett Diary? Yes please! With thoughts of warmth, admiration, love and laughter from his family, friends and colleagues scattered among the months, you glimpse a new side, a different perspective, one that adds even more colour and vibrancy to what you already know about this very special man. Illustrations and quotes also creep onto, lurk menacingly over, or caper about the pages. There are no days to be found in this clever little diary, just dates, so it isn’t only for use in 2017, it could be used in any year (or every year if you write carefully in pencil and have a really good eraser). We hear how Terry Pratchett encouraged his daughter’s connection with the world around her, Colin Smythe writes of his genius, Paul Kidby about his creative energy, and Rob Wilkins asks that his words be treasured. I smiled as I read, felt inspired, felt a connection. Then, at the very last page, sits the final illustration, which brought a tear to my eye. Terry Pratchett’s words still swirl, swoosh and surge around us, Terry Pratchett’s words live on… ~ Liz Robinson

Sir Terry Pratchett left us, far too early, in March 2015. To celebrate his life and works, we've given over the 2017 Discworld Diary - which will be a perennial diary - to remembrances and tributes from some of those who knew and loved him and his extraordinary body of work. Contributors include Neil Gaiman, A S Byatt, Terry Pratchett's literary agent Colin Smythe, co-author of the Long Earth books Stephen Baxter, famed bookseller Rog Peyton, and many more. With an introduction from his daughter Rhianna Pratchett and an afterword from longtime friend and colleague Rob Wilkins. 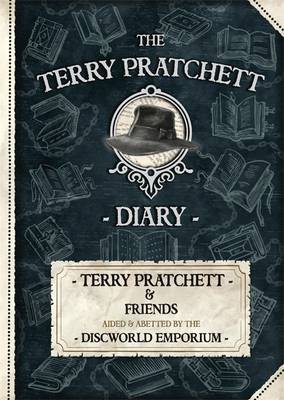 About Terry Pratchett, The Discworld Emporium

Sir Terry Pratchett was a publishing phenomenon. Among his many prizes and citations are the World Fantasy Life Achievement Award, the Carnegie  Medal, the BSFA Award, eight honorary doctorates and, of course, a knighthood. In 2012, he won a BAFTA for his documentary on  the subject  of assisted suicide, 'Terry Pratchett: Choosing to Die'. He was the  author of fifty bestselling books but is best known for the globally renowned Discworld series. The first Discworld novel, The Colour of Magic, was published in 1983, and the series is still going strong almost three decades later. Four Discworld novels ... 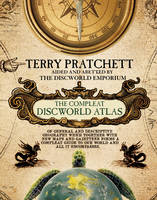 View All Books By Terry Pratchett, The Discworld Emporium