Ragnarok The End of the Gods

LoveReading Expert Review of Ragnarok The End of the Gods

From the author of Possession and The Children's Book comes an extraordinary tale, inspired by the myth of Ragnarok.  Intensely autobiographical and linguistically stunning, this book is a landmark work of fiction from one of Britain's truly great writers. You might also say it's timely in that it is a book about how stories can give us the courage to face our own demise. So just as Wagner's Ring Cycle was inspired by Norse myth so Byatt has taken this remarkable finale and used it as the underpinning of this highly personal and politically charged retelling.

Ragnarok The End of the Gods Synopsis

As the bombs rain down in the Second World War, one young girl is evacuated to the English countryside. Struggling to make sense of her new wartime life, she is given a copy of a book of ancient Norse myths and her inner and outer worlds are transformed. Linguistically stunning and imaginatively abundant, this mesmerising tale - inspired by the myth of Ragnarok - is a landmark piece of storytelling from one of the world's truly great writers.

What To Read After Ragnarok The End of the Gods 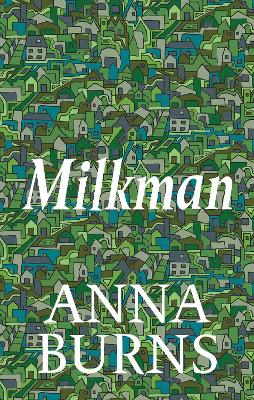 'Lyrical and urgent' The Times

'Byatt has made ... an entire world, compressed but energetically alive in all its details. When we have artists like this, who needs gods?' Observer

'Byatt's prose is majestic, the lush descriptive passages - jewelled one minute, gory the next - a pleasure to get lost in' Sunday Telegraph

'Byatt's writing, impassioned and liberated from the strictures of the novel, has never been so beautiful' Telegraph

'Byatt peels back the cover of the book that the girl reads and takes us deep inside it as she delights in reimagining the twilight of the gods and the destruction of the world ... Like Wagner before her, she dares to dream how the world might end ... this rewriting of the Ragnarok is a story for our time of overpopulation and anthropomorphic climate change, and of all time' Financial Times

About A. S. Byatt

A.S. Byatt is internationally known as a novelist, short-story writer and critic. Her novels include Possession (winner of the Booker Prize in 1990), and the quartet of The Virgin in the Garden, Still Life, Babel Tower and A Whistling Woman, as well as The Shadow of the Sun, The Game and The Biographer's Tale. Her latest novel, The Children's Book, is shortlisted for the Man Booker Prize 2009. She is also the author of two novellas, published together as Angels and Insects, and four collections of stories, and has co-edited Memory: An Anthology. Educated at York and Newnham College, Cambridge, she ...

More About A. S. Byatt

More Books By A. S. Byatt

View All Books By A. S. Byatt