LoveReading View on The Celts

Using up to the minute archaeological research together with the latest scientific insights, Alice Roberts provides a thoroughly readable introduction to the world of the Celts. There are intriguing new theories overtaking the established ideas we have of the Celts – ideas that have political implications even today. She's very good at balancing what the established Greek and Roman records give us with what is likely propaganda and what we know. The book accompanies a forthcoming BBC series, The Celts, and there you will be able to see some of the evidence discussed in the book, the sites, the art, including some amazing early sculptures, and the gravegoods that tell us so much about our ancestors.

Alice Roberts goes in search of the Celts and their treasures in a narrative history to accompanying a new BBC series. We know a lot about the Roman Empire. The Romans left monuments to their glories and written histories charting the exploits of their heroes. But there was another ancient people in Europe - feared warriors with chariots, iron swords, exquisite jewellery, swirling tattoos and strange rituals and beliefs. For hundreds of years Europe was theirs, not Rome's. They were our ancestors, and yet the scale of their achievements has largely been forgotten. They were the Celts. Unlike the Romans they did not write their history, so the stories of many heroic Celtic men and women have been lost. And yet we can discover their deeds...you just have to know where to look. From Denmark to Italy; Portugal to Turkey Alice Roberts takes us on a journey across Europe, revealing the remarkable story of the Celts: their real origins, how they lived and thrived, and their enduring modern legacy Using ground-breaking linguistic research, in addition to the latest archaeology and genetics, Alice Roberts will explore how this remarkable and advanced culture grew from the fringes of the continent and humiliated the might of Rome. The Celts accompanies a substantial BBC series presented by Alice Roberts and Neil Oliver, and showing in October 2015.

Alice Roberts is an anatomist and anthropologist, television presenter, author and Professor of Public Engagement with Science at the University of Birmingham. She has presented Digging for Britain, Coast, Horizon and several series about human evolution – including The Incredible Human Journey, Origins of Us and Prehistoric Autopsy – on BBC Two. She has also presented Inside Science on Radio 4, and writes a regular science column for The Observer. Her previous books include Evolution: The Human Story, The Incredible Human Journey and The Complete Human Body and The Incredible Unlikeliness of Being. She lives near Bristol with her husband and ... 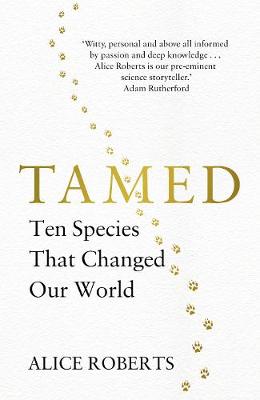