LoveReading View on The Insect Farm

A well-known scripwriter best known until now for his comedies and an authoritative book on the Falklands War, Prebble turns to psychological drama and displays an assured hand for atmosphere and cleverly dissects deep layers of the human mind with a scalpel. Two brothers, both with a particularly obsessive nature, find themselves thrown into disarray and a cat and mouse game with the police. While Roger is entranced by his beautiful girlfriend Harriet, Roger spends all his time with his insects in the garden shed, harbouring secrets which could be connected to the mysterious death of their parents. Who should the reader side with? Who is unreliable? The novel charges down the pages to a shock ending that caught me by surprise. Not one to be read in the dark. ~ Max Jakubowski

Brothers Jonathan and Roger Maguire each have an obsession. For Jonathan, it is his beautiful and talented girlfriend Harriet. For Roger, it is the elaborate universe he has constructed in a shed in their parents' garden, populated by millions of tiny insects.But Roger lives in an impenetrable world of his own and, after the mysterious death of their parents, Jonathan is forced to give up his studies to take care of him. This obligation forces Jonathan to live apart from Harriet - further fuelling his already jealous nature.Their lives are abruptly shattered by a sudden and violent death, and Jonathan is drawn into a cat-and-mouse game with the police. Does Roger know more than he is letting on? A cleverly plotted mystery with a shock ending, The Insect Farm - Stuart Prebble's awaited new novel - will linger long in the mind of its readers.

Stuart Prebble has a distinguished career in television having produced some of the funniest people in the business including Clive James, Billy Connolly, Dame Edna Everage, Victoria Wood and Lenny Henry. He is currently Head of Features at Liberty Bell Productions.   Author photo © Rick Addison 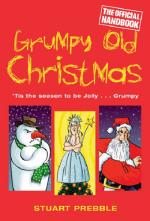 View All Books By Stuart Prebble