LoveReading View on Palace of Treason

Although written by an ex-CIA agent with all the right background and knowledge at his fingertips, this sequel to the electric Red Sparrow reads like pure pulp or James Bond on adrenaline, ever courting the bounds of reality in a clever, devious way. The affair between CIA maverick Nate Nash, and trained seductress and now double agent Russian beauty Dominika Egorova continues as they attempt to protect their sources and networks and her own treachery against the ruthless henchmen of the KGB, always barely a step ahead of their cruel adversaries and risking their lives at every turn, even if it means betraying each other. This is a world where love has no place and scruples always have be set aside in the interest of the Great Game of spying. Frantically-paced with chase and action sequences in fifth gear, it’s never less than unputdownable. Some readers might find the recipes at the end of every chapter, as in the initial volume, a pleasant bonus. ~ Maxim Jakubowski

From the best-selling, Edgar Award-winning author of the terrifically good (The New York Times) Red Sparrow, a compulsively readable new novel about star-crossed Russian agent Dominika Egorova and CIA's Nate Nash. Enthralling. That Matthews, who served in the C.I.A. for 33 years, knows the world of espionage and its darkest corners is never in doubt. Palace of Treason shimmers with authenticity. (New York Times). Captain Dominika Egorova of the Russian Intelligence Service has returned from the West to Moscow. She despises the men she serves, the oligarchs, and crooks, and thugs of Putin's Russia. What no one knows is that Dominika is working for the CIA as Washington's most sensitive penetration of the Kremlin. As she expertly dodges exposure, Dominika deals with a murderously psychotic boss; faces assassination attempt and counter-intelligence ambushes, and must rescue a compromised agent and somehow spirit him out of Russia from under the noses of her pursuers. Complicating it all is Dominika's relationship with her CIA handler, Nate Nash. And when a mole in Moscow finds her name on a classified list of sources, it is a virtual death sentence...With the brilliant Palace of Treason, CIA veteran Jason Matthews confirms his position as the most exciting spy writer alive. This is as good as it gets. Acclaim for Jason Mattews: Taut, fast-paced and authentic. A great American spy novel. (Charles Cumming). As authentic a spy novel as you are ever apt to read, rendered in exciting prose by a master who helped craft the rules by which spying is conducted. A ten-cloak, ten-dagger read. (Washington Times). The best espionage novel you've ever read. (Huffington Post). Dominika Egorova, of the Russian Intelligence Service, is one of the most complex and compelling heroines to grace the espionage genre...Palace of Treason is enthralling...That Matthews, who served in the C.I.A. for 33 years, knows the world of espionage and its darkest corners is never in doubt...Whether in Vienna, Moscow or Washington, Matthews' scene-setting is superb, and he has a fine eye for telling details...Palace of Treason shimmers with authenticity. (New York Times). Matthews is the insider's insider. He knows the secrets. And he is also a master storyteller. (Vince Flynn). Sublime and sophisticated...a fast-paced thriller...as noteworthy for its superior style as for its gripping depiction of a secretive world. (Washington Post). A primer in 21st-century spying...terrifically good. (New York Times Book Review). The world of a spy is unique and claustrophobic, but this bold tale captures its every nuance with expert precision. A tantalizing premise, and a heroine who's an alpha female, forge a solid piece of entertainment that does not disappoint. (Steve Berry, New York Times bestselling author of The Patriot Threat). A sequel that's every bit as good as his debut...Authentic trade craft, a complex plot that steadily builds tension, and credible heroes and villains on both sides make this a stand out. (Publishers Weekly).

'Matthews, who served in the C.I.A. for 33 years, knows the world of espionage and its darkest corners is never in doubt ... Whether in Vienna, Moscow or Washington, Matthews's scene-setting is superb, and he has a fine eye for telling details ... Palace of Treason shimmers with authenticity' New York Times 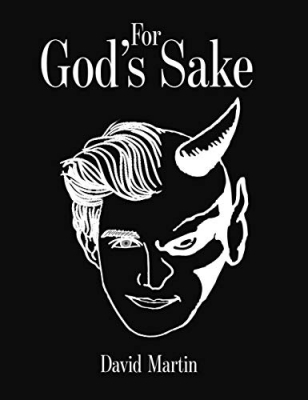