A small book this may be, it does though, pack a mighty and occasionally feisty wallop. Mel Calman’s cartoons about love and relationships have the ability to ring a playful or  even wicked little bell as you read them. There is a charming simplicity to the drawing, yet startling, pointed wit to the words, and the two blend together perfectly. Michael Palin’s foreword had me nodding in agreement and Calman’s daughter, in her introduction gives an insight into the mind behind the cartoons. And so, I smirked, agreed with, knowingly tutted, and felt safe in the knowledge that I wouldn't be alone in recognising myself in some of the cartoons. Calman had the ability to write and draw and connect to a universal truth, that love and relationships, can at times, be ever so slightly complicated. ~ Liz Robinson

Mel Calman was one of the most widely-loved cartoonists of the twentieth-century, and Let’s Compromise and Say I’m Right is the first major selection of his work to be published in many years.

This new selection chosen by his daughter, the writer and broadcaster Stephanie Calman, is the first ever collection of the very best of his cartoons about being in love, falling out of love and wondering what went wrong.

In Who’s Who, Calman listed his recreations as ‘brooding and worrying’. He might have added falling in love – sometimes disastrously.

One thing is for sure – no one captured the triumphs and defeats in the war between the sexes so hilariously and succinctly.

“I’d recommend this volume to anyone in love or thinking of getting married. Or, more particularly, to anyone out of love and wondering where it all went wrong. These wonderful cartoons won’t stem the tears but they might just produce some choking laughter. And that’s a start.” – Michael Palin

“Its title perfectly sums up a major theme of his work – the inability of seemingly adult people to get on with each other, with particular emphasis on their problems with love, sex and marriage. Mel's genius lay in the words, in always finding the perfect punchline...” Stanley Price, ‘The Oldie

“Love and marriage don’t always go together, said the late glorious Mel Calman… He was like a psychiatrist who made us laugh.” Camden New Journal

“An insightful look at the way men and women interact and how communication sometimes gets in the way of understanding… I’ll confess that – just occasionally (obviously) I was shocked into self-recognition.” Bookbag

“Depicting, with equal degrees of humour and pathos, the nuanced insecurity, self-delusion and malcontent to be found within relationships… This is the appeal of the book, that it takes familiar concerns and irritations, and condenses them into simple pictures which each say so much.” Never Imitate book blog 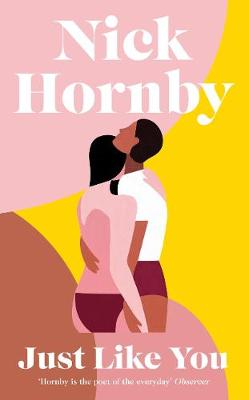 Mel Calman was one of the best-known British cartoonists ofthe twentieth-century, publishing in The Times, The Sunday Times, The Observer and The Daily Express among others. His work was also widely syndicated in the USA. He published over 20 collections of cartoons and co-founded the Cartoon Museum in London. He died, aged 62, on 10th February 1994.   Author photo © Alan Young