An intricate and entertaining debut crime thriller set in Los Angeles. Mandy, a male, British, ex actor, ex cop, now private investigator has little regard for the sanctity of crime scenes and all too easily falls in love with a pretty face but, as you get to know him you will warm to him. With a large number of characters to get to grips with, it does initially feel as though you've entered half way through a series as for the most part you are kept in the dark as to their background story. A particularly knotty plot line ensures your brain has a strenuous workout yet inspite of that it's a page turning read. But be prepared, with an almost old-time sleuth feel to the tale laced with dark humour, you need to take a break from reality and hit the ground running in this enjoyably diverting read.

A powerful and complex debut crime novel, revealing a glamorous city, with a dark
underbelly where people are purely a commodity and everyone is disposable.

Notes on The SMSC. Episode One: Setting and Places. from Blue Baltic Press on Vimeo.

A drowned man with a UK passport between his teeth is discovered inside a suitcase on Santa Monica beach, with both his eyes and tongue cut out. One week earlier, the 28 year old son of a wealthy Mexican is found butchered in his Ocean Avenue apartment.

The local Santa Monica crime rate may have dropped but not the one for homicide. Ex-cop, ex-pat, ex actor, Private Investigator Mandy (lover of junk food, an old Volvo, black cat and his young tenant) never expected to be hired by the murdered Mexican man’s family. There was no way they wanted the local police involved but why choose him? And why did the less than friendly Police Chief agree to give him a ten-day head start on his own men?

Then a significant witness turns up hanged, the corpse yielding a disturbing clue. Mandy soon realizes that his investigations have only uncovered the tip of an iceberg, and made him the target of perpetrators far more sinister and powerful than he could have ever imagined…

The Santa Monica Suicide Club is a real institution but one where it’s members try to stay alive.

What To Read After The Santa Monica Suicide Club 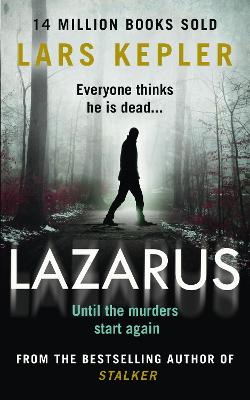 ’The SMSC is a thoroughly enjoyable detective race across LA, with bodies and dames and all the human wreckage. Old-school hardboiled gumshoe, meets CSI. There are even Sternwoods thrown in for the afficionados. And a red Volvo Amazon.' A.L. Kennedy

'Jeremy Thomas’s Santa Monica Suicide Club is an intriguing modern crime story within an homage to Raymond Chandler that works on both levels. When he writes the quick, incisive story of the English private dick Mandy, he brings the reader both the excitement of an LA crime novel as well as a tongue-in-cheek Hi to a genre that is best imitated with such self-knowing or not at all. That he succeeds in writing an excellent story while at the same time playing us with an inside joke is nothing short of superb”

'A page-turning and darkly humorous thriller, Jeremy Thomas' Santa Monica Suicide Club exposes the corrupt heart of the Pacific coast. Too often thrillers these days are ploddingly procedural or pornographically obsessed with the minutiae of violence, but there's real character, here- and thank God- humour. And you can see the potential for Mandy to be a strong serial character.' Sean O’Connor. Author of ‘Handsome Brute’- a biography of murderer Neville Heath, screenplay writer and Editor of the BBC Radio 4 The Archers.

Jeremy Thomas was educated at Downside, and lived in London for a number of years with a large variety of noteable jobs before becoming a full time writer . On his 24th Birthday, a long suffering girlfriend gave him a colour pictorial atlas of forensic pathology-a book you could only obtain if you were in the Police force or the Medical profession. It had an inscription “if this doesn’t put you off, nothing will.” His interest only increased! Jeremy's interest in crime always been rooted in actual British murderers. Pathologist Keith Simpon’s 40 Years of Murder ...