If You Go Away

LoveReading View on If You Go Away

A dramatically absorbing and readable family drama, where between the covers prowl the social injustices and horror experienced during World War One. The author sets the two main characters apart, they may have some admirable and attractive qualities however she doesn't shy away from their less likeable traits, as such the writing encourages you to stay within the moment. Vivian is released while Howard is restricted by the onset of war which bullies its way into their lives and changes everything. The secondary characters are fascinating, they are given flesh and help to give this tale the feeling of a stirring saga. The background descriptive detailing, from the atmospheric ballroom to the bombardments of the trenches adds a vivid intensity. This thought provoking tale focuses on a love story, yet eloquently explores the social aspects existing behind the war to end all wars. ~ Liz Robinson

If You Go Away Synopsis

Glamorous debutantes, heartbreak and discovering just what is worth fighting for in the new historical novel from Sunday Times bestseller Adele Parks. 1914. Vivian, a young, impassioned debutante is hurried into a pedestrian marriage to cover a scandal. War breaks out on her wedding day - domestically and across Europe. Quick to escape the disappointment of matrimony, her traditionalist husband immediately enlists and Vivian has no alternative than to take up the management and running of his estate - after all, everyone is required to do their bit. Even pretty, inadequately-educated young wives. Howard, a brilliant young playwright rushes to the front to see for himself the best and the worst of humanity; he cannot imagine what the horror might be. In March 1916, when conscription becomes law, it is no longer enough for him to report on the War, it's a legal requirement that he joins the ranks. Howard refuses, becoming one of the most notorious conscientious objectors of the time. Disarmingly handsome, famous, articulate and informed, he's a threat to the government. Narrowly escaping a death sentence by agreeing to take essential work on Vivian's farm, it's only then Howard understands what is worth fighting for.

If You Go Away Reader Reviews

If You Go Away Press Reviews

Adele Parks has had numerous top ten bestsellers. Adele has spent her adult life in Italy, Botswana and London until 2005 when she moved to Guildford, where she now lives with her husband and son. She believes reading is a basic human right, so she works closely with The Reading Agency as an Ambassador of the Six Book Challenge, a programme designed to encourage adult literacy. In 2011 she was a judge for the Costa Book Aw ards.Photograph © Jim Parks 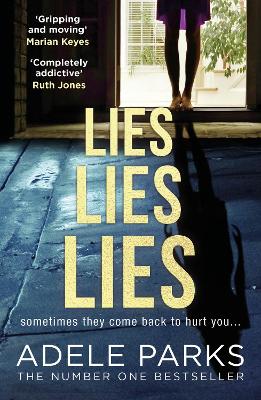 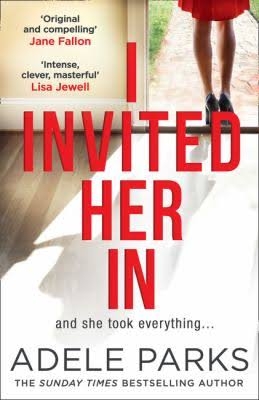 View All Books By Adele Parks