LoveReading View on Empire of Dragons

Terrific stuff with Persian, Roman and Chinese history in one great adventure.  We are in AD260 with a Roman outpost close to the Persian Empire where betrayal, capture and slavery overtake us.  On eventually, with an Arab trader, we enter China, learn about Tao and are part of a fabulous strategy.  All in all a very good story indeed.

The town of Edessa, a Roman outpost, is on its last legs, besieged by the Persian troops of Shapur I. Roman Emperor Licinius Valerianus agrees to meet his adversary to draw up a peace treaty, but it is only a trap and the Emperor and his twelve guards are chained and dragged away to work as prisoners in a solitary Persian turquoise mine.

After months of forced labour the Emperor dies, but his guards make a daring escape lead by the heroic and enigmatic chief, Marcus Metellus Aquila. They meet a mysterious, exiled Chinese Prince, Dan Qing, and agree to safeguard his journey home to reconquest his throne from his mortal enemy, a eunuch named Wei.

Thus begins the adventures of the Romans and the Prince as they journey to China. There they will discover that they aren't the first of their kind to arrive in China: they were preceded centuries before by the survivors of the 'lost legion'. 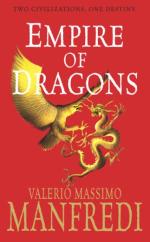 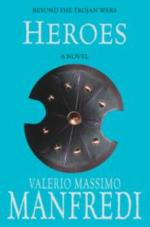