It will come as no surprise to learn that Ben Elton has written another remarkable book, ‘Time and Time Again’ however, captures the flag of remarkable and nails instead to the mast, extraordinary. The first chapter seizes your attention, the second captivates it entirely, so rub your hands with glee and settle in for a stonkingly good read. Hugh ‘Guts’ Stanton is an intensely thrilling character, not by any means perfect, oh no, but definitely someone with the ability to change the world, change history even. There is such exceptionally clever writing here, groups of words can seduce and entice, then without warning, gang up and assail your senses. The surprises are also sneaky and capable of leaving you open mouthed in shock. A galloping great read, this is a book to fall in love with, to tell your friends about and as your mind replays the action, you will want it close by to dip into and read again and again.

It's the 1st of June 1914 and Hugh Stanton, ex-soldier and celebrated adventurer is quite literally the loneliest man on earth. No one he has ever known or loved has been born yet. Perhaps now they never will be. Stanton knows that a great and terrible war is coming. A collective suicidal madness that will destroy European civilization and bring misery to millions in the century to come. He knows this because, for him, that century is already history. Somehow he must change that history. He must prevent the war. A war that will begin with a single bullet. But can a single bullet truly corrupt an entire century? And, if so, could another single bullet save it? 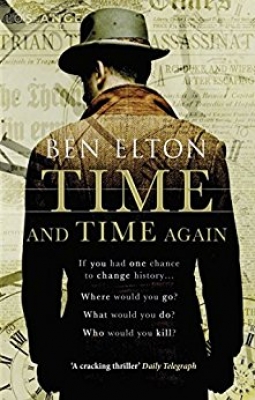