Part of the Burracombe Village Series

LoveReading View on The Bells of Burracombe

The start of a new village series set in Devon in the 50s and centred on a new young teacher. This title is also available as an Audio book, read by Helen Ayres as either a CD or a cassette.

The Bells of Burracombe Synopsis

When Stella Simmons comes to the Devonshire village of Burracombe to start her teaching career, she is alone in the world. Orphaned as child and brought up in a children's home, she was separated from her sister Muriel and has never been able to trace her.

Stella is soon caught up in the life of the village, and especially in the plans for celebrating the Festival of Britain. As headmistress Miss Kemp and vicar Basil Harvey try to keep the peace between villagers who all have their own ideas for the proposed pageant and fair, Stella tries, with the help of artist Luke Ferris, to find her sister. But Luke has his own troubles...

THE BELLS OF BURRACOMBE begins the story of life in a Devonshire village in the 1950s and shows us a picture of Britain coming to terms with the aftermath of the Second World War and entering a new decade.

The Bells of Burracombe Press Reviews 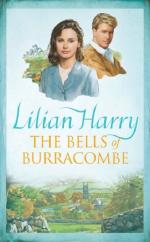 Lilian Harry grew up in Portsmouth and now lives in a village on the edge of Dartmoor with two ginger cats. She has a son, a daughter and two grandchildren, and is a keen walker.

View All Books By Lilian Harry