Maybe it was time I forgot about Nico Peterson, and his sister, and the Cahuilla Club, and Clare Cavendish. Clare? The rest would be easy to put out of my mind, but not the black-eyed blonde ...It is the early 1950s. In Los Angeles, Private Detective Philip Marlowe is as restless and lonely as ever, and business is a little slow. Then a new client arrives: young, beautiful, and expensively dressed, Clare Cavendish wants Marlowe to find her former lover, a man named Nico Peterson. Soon Marlowe will find himself not only under the spell of the Black-Eyed Blonde; but tangling with one of Bay City's richest families - and developing a singular appreciation for how far they will go to protect their fortune ...In this gripping and deeply evocative crime novel, Benjamin Black returns us to the dark, mesmerising world of Raymond Chandler's The Long Goodbye and his singular detective Philip Marlowe; one of the most iconic and enduringly popular detectives in crime fiction.

Benjamin Black (aka literary novelist John Banville) takes on the mantle of the greatest American hardboiled writer, serving up a new adventure for Raymond Chandler’s Philip Marlowe. Will the legions of Chandlerians consider this a welcome comeback for their favourite LA private eye – or an act of hubris? Cleverly utilising an unused title by Chandler himself, Black takes us to 1950s LA with Marlowe asked by a beautiful blonde in haute couture to find her ex-lover. Marlowe is soon up against Bay City society, finding that the well-heeled can be utterly ruthless in protecting their secrets.

'Somewhere Raymond Chandler is smiling, because this is a beautifully rendered hardboiled novel that echoes Chandler's melancholy at perfect pitch. The story is great, but what amazed me is how John Banville caught the cumulative effect Chandler's prose had on readers. It's hard to quantify, but it's also what separated the Marlowe novels from the general run of noir (which included some damn fine novelists, like David Goodis and Jim Thompson). The sadness runs deep. I loved this book. It was like having an old friend, one you assumed was dead, walk into the room. Kind of like Terry Lennox, hiding behind those drapes.' Stephen King

'Banville channeling Chandler is irresistible-a double whammy of a mystery. Hard to think anyone could add to Chandler with profitable results. But Banville most definitely gets it done.' Richard Ford

'John Banville's convincing imitation of Raymond Chandler's literary detective brings to mind an older Humphrey Bogart ... The plot, though new, follows the master's hand ... The Irish understudy takes on Chandler's habits convincingly ...What Banville, through Black, brings to Chandler is perhaps an enhanced literary sensibility. His Marlowe is alert to nuances of language.' -- Mark Lawson Guardian

'The Black-Eyed Blonde includes winks and nods to ardent Chandler fans, but the book will work as first-rate noir for anyone ... It's remarkable how fresh this book feels while still hewing close to the material on which it's based. The ill-fated Robert B. Parker experiment with Marlowe, Poodle Springs, did entrust the Chandler legacy to a pro, but not the right one. Now to find a writer whose affinity for the genre has been so well established? And who seemed to be channeling Chandler even before he was asked to, while still maintaining a very identifiable, charismatic voice of his own? It's almost too good to be true.' New York Times

'Raymond Chandler could write some mean prose, the kind that hits like a highball and can knock you off your feet even when you're sitting down. Imitations always run the risk of coming off as a bad parody - like, say, that last sentence. But Black (a.k.a. novelist John Banville) has revived Chandler's legendary PI Philip Marlowe in a new adventure that reads almost as well as the real thing. A perfume heiress hires the shamus to investigate the disappearance of her lover, and the mystery soon opens up under him like a sinkhole. It's not just literary ventriloquism: Black manages to nail not only Marlowe's voice, but his soul.' Entertainment Weekly 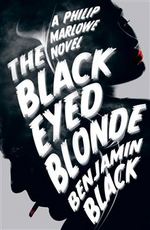