Boundless Tracing Land and Dream in a New Northwest Passage

In 2010, bestselling author Kathleen Winter took a journey across the legendary Northwest Passage - connecting the Pacific and Atlantic Oceans - alongside marine scientists, historians, archaeologists, anthropologists, and curious passengers. From Greenland to Baffin Island and all along this arctic passage, Winter witnesses the new mathematics of the melting North - where polar bears mate with grizzlies, creating a new hybrid species; where the earth is on the cusp of yielding so much buried treasure that five nations stand poised to claim sovereignty of the land; and where the local Inuit population struggles to navigate the tension between taking their part in the new global economy and defending their traditional way of life. Throughout the journey she also learns much from her fellow travellers - about the original expeditions, how to survive in a wasteland, Inuit society, the real perils of climate change - and guides us through her own personal odyssey, emigrating from England to Canada as a child and discovering both what was lost and what was gained as a result of that journey. In breathtaking prose charged with vivid descriptions of the land and its people, Kathleen Winter's Boundless is a haunting and powerful story: a homage to the ever-evolving and magnetic power of the North. 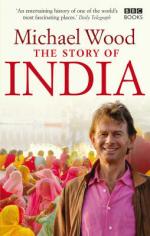 A throwaway line by a friend at a reunion of middle-aged schoolmates inspires Kathleen Winter to go home, pack a bag, and prepare for some unspecified adventure that she feels certain will come. Sure enough, within days she receives a phone call that turns her dream into reality and, despite her family’s misgivings, she sets off on a trip most of us can only hanker after – through the North-West Passage that links the Atlantic and Pacific oceans. This is a non-fiction book, but, as a prize-winning novelist, Winter shows with graphic clarity the hazards and the wonders she experiences, from the perceived perils of global warming to the efforts by Inuit tribes to adapt to 21st-century Western civilisation while attempting to preserve their own culture. She takes us into realms of archaeology, the arts, and even butchery. Her book is richly illustrated with colour plates and constitutes a thoroughly perceptive travelogue.

'Compulsively readable... it both heightens life and plumbs its deepest mysteries, laying bare the beauty of both the world and the soul.' Globe and Mail

'Ultimately, the journey that Kathleen Winter takes on a last-minute whim is transformative. Her precise and vivid prose allows the reader to share in that transformation. For the many readers who admired Annabel and want to get to know its author better, Boundless is a tremendous gift.' Quill & Quire

Kathleen Winter has written dramatic and documentary scripts for Sesame Street and CBC Television. Her first collection of short stories, boYs, was the winner of both the Winterset Award and the Metcalf-Rooke Award. A long-time resident of St. John's, Newfoundland, she now lives in Montreal.   Author Photo © Juliette Dandenault

View All Books By Kathleen Winter