Following a suicide bombing in central London, SAS hero Danny Black is recruited to be part of an assassination squad, directed by a joint MI5/MI6/CIA committee and tasked with hunting down and killing the terrorist cells believed to be planning further atrocities. Early leads take them to a North London mosque and a hate cleric, whom the Home Secretary repeatedly tries and fails to expel from the country, also to a sleazy Saudi prince living in a Park Lane Hotel - on the surface a devout Muslim, he devotes himself to booze, drugs and hookers as soon as his family are out of the building - and to a grizzled ex-Regiment guy who is spreading rumours that Diana was assassinated by the SAS in the tunnel in Paris. The trail of clues takes Danny to a training camp in the Yemen, but just as he has the enemy in his sights, he discovers that they are somehow one step ahead of him, and he begins to suspect that they are being tipped off by someone close to home...

'Various Nobody takes you to the action better than Ryan, because he's the real deal, and this muscle-and-bone thriller will have fans blood pumping.' Evening Standard

'Chris Ryan has always been underrated as a novelist of ideas... a welter of treachery and mayhem.' Daily Telegraph

'A shockingly authentic tale to keep your adrenaline pumping as fast as the blood on the pages.' The Sun

'The pace never flags for a moment, and Ryan's insider knowledge is to the fore, but even the SAS's skills are no longer quite enough. New, less honourable talents are required. Bravery is not the only solution.' Daily Mail

Chris Ryan was born in 1961 in a village near Newcastle. In 1984 he joined the SAS. During his ten years he was involved in overt and covert operations and was also Sniper team commander of the anti-terrorist team. During the Gulf War, Chris was the only member of an eight-man team to escape from Iraq, of which three colleagues were killed and four captured. It was the longest escape and evasion in the history of the SAS. For this he was awarded the Military Medal. During Ryan's last two years in the Regiment he selected and trained potential SAS recruits, he left the SAS in 1994. His work in security takes him around the world.

More About Chris Ryan
Add To Wishlist
Buy from our bookstore and 25% of the cover price will be given to a school of your choice to buy more books. 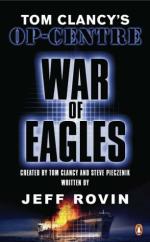