The Bucket Memories of an Inattentive Childhood

LoveReading View on The Bucket Memories of an Inattentive Childhood

Illustrated and written in prose and poetry it’s an impressionistic look back to Allan Ahlberg’s own childhood, which, you quickly realised has been woven through the books he’s written for children. He wonders if it’s actually his memories he’s recalling for us or whether they’ve been appropriated from someone else, he recalls fragments and feelings so the reader has a strong sense of the child in the man. An enchanting sliver of memoir that leaves you longing for more with beautiful illustrations from Janet Ahlberg and daughter Jessica, Fritz Wegner and Charlotte Voake.

The Bucket Memories of an Inattentive Childhood Synopsis

The Bucket by Allan Ahlberg - the enthralling childhood story one of Britain's best-loved children's authors 'My mother, who was not my mother, I see her now, her raw red cleaner's hands twisting away at her apron as she struggled to speak. Adoption was a shameful business then in many people's eyes, the babies being mostly illegitimate. Better not speak of it.' Allan Ahlberg was adopted as a baby. In 1938 he was picked up in London by his new mother and taken back to Oldbury in the Black Country. Now one of the most successful children's book writers in the world, in The Bucket he describes an oddly enchanted childhood lived out in an industrial town during the 1940s, in conditions which today we might describe as 'deprived'. He writes of a father in overalls smelling of wood shavings and oil, of a tough and fiercely protective mother who cries when he discovers that he is adopted, of life assurance policies ('GBP6 if the child dies under age 3') and fearsome bacon slicers, of half-remembered trips to his mother's sister's grave and to the bluebell woods. And of his first days at school: 'Allan could do much better. He is most inattentive and dreamy at times' (school report, December 1946). Using a mix of prose and poetry, supported by new drawings by his daughter Jessica and old photographs, The Bucket retrieves a childhood which lovers of Ahlberg's classic picturebooks The Baby's Catalogue, Burglar Bill and Peepo! might feel they have glimpsed before but which are now exquisitely brought to life. This beautiful, exquisitely designed book, which will also appeal to fans of Gervase Phinn, Alan Bennett, Roald Dahl and Nigel Slater's Toast, will be loved by generations of Ahlberg fans. Allan Ahlberg has a string of children's classics to his name . (Nicolette Jones, Guardian). Born in Croydon but brought up by his adopted parents in the Black Country town of Oldbury, Allan Ahlberg held jobs as a gravedigger, postman and plumber's mate before becoming a teacher. He taught for ten years before collaborating with his wife Janet on a series of much-loved, now classic children's picture books including Peepo!, Burglar Bill, Cops and Robbers, Each Peach Pear Plum, Woof!, Heard it in the Playground, Please Mrs Butler, The Boyhood of Burglar Bill, The Pencil, Friendly Matches, The Improbable Cat, Goldilocks, My Brother's Ghost, The Mighty Slide, Collected Poems, The Boy, the Wolf, the Sheep and the Lettuce and The Ha Ha Bonk Book.

With his wife Janet, Allan Ahlberg created timeless, nostalgic, witty and exquisitely illustrated books like Peepo! and The Jolly Postman. In this poignant memoir, with a child’s clear and bizarre view of the world, Allan gives a warm, colourful and evocative account of his strange but idyllic childhood in the Black Country in the 1940s, as a much-loved adoptee. A mixture of prose and verse, peppered with drawings and old photographs, he recalls an era of working-class family life: overalls and outdoor play, milk carts and laundry day. A wry hymn to childhood.

The Bucket Memories of an Inattentive Childhood Press Reviews

Allan Ahlberg was born in Croydon in 1938, but grew up in Oldbury, near Birmingham. From the age of twelve, his dream was to be a writer. Before he fulfilled his ambition, he tried his hand at a variety of other jobs including postman, grave digger, plumber's mate and teacher. He is much loved by teachers throughout the country for his two phenomenally successful poetry collections, Heard it in the Playground and Please, Mrs Butler, which look at the funny side of life at school. 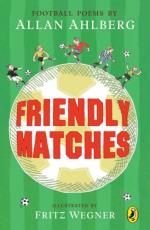 View All Books By Allan Ahlberg