Modernity Britain Book Two: A Shake of the Dice, 1959-62 Synopsis

David Kynaston's history of post-war Britain has so far taken us from the radically reforming Labour governments of the late 1940s in Austerity Britain, through the growing prosperity of Family Britain's more placid 1950s, to the very cusp of the 1960s and the coming of a new Zeitgeist in Modernity Britain. The first part, Opening the Box, 1957-59, plotted the main themes of the new spirit of the age. Now, in part two - A Shake of the Dice, 1959-62 - through a rich haul of diaries, letters, newspapers and many other sources, Kynaston gets up close to a turbulent era as the speed of social change accelerated. By 1959 consumerism was inexorably taking hold (stripes for Signal toothpaste, flavours for potato crisps), relative economic decline was becoming the staple of political discourse (entry into Europe increasingly seen as our salvation), immigration was turning into an ever-hotter issue (the controversial coming of controls), traditional norms of morality were perceived as under serious threat (Lady Chatterley's Lover freely on sale after the famous case), and traditional working-class culture was changing (wakes weeks in decline, the end of the maximum wage for footballers) even as Coronation Street established itself as a national institution. The greatest shake of the dice, though, concerned urban redevelopment: city centres were being yanked into the age of the motor car, slum clearance was intensified, and the skyline became studded with brutalist high-rise boxes. Some of this transformation was necessary, but too much would destroy communities and leave a harsh, fateful legacy. This profoundly important story of the period of transformation from the old to the brink of a new world is now told brilliantly and in full for the first time. 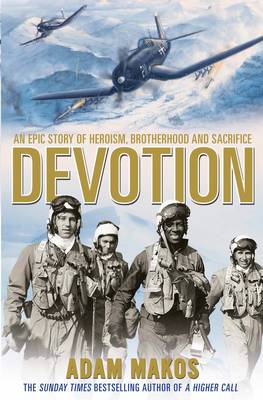 This, the second part of the third volume, is the latest in Kynaston’s authoritative look at the history of post-war Britain. It began with the critically acclaimed Austerity Britain: 1945-1951 and will eventually take the reader through to Margaret Thatcher’s arrival at 10 Downing Street in 1979. The three years covered in this book see the transition from a world looking back to the dark days of the Second World War and rationing, to the space age and consumerism, with most households having televisions, and even a car. This was the age that brought us long-running TV programmes as diverse as Songs of Praise and Coronation Street, as well as the Lady Chatterley trial, and the first issue of Private Eye, all six pages of it! From slum clearances to strike action and from Arnold Wesker to Harold Wilson, via capital punishment, coffee bars and CND, this is the ideal book for anyone wanting to find out how the sixties really began.

'Volumes full of treasure, serious history with a human face'

'Brilliant and witty ... even-handed and exhilarating ... Was ever a history book so authoritative, and at the same time, so entertaining?'

'Kynaston has an unrivalled eye for long-forgotten, apparently banal and yet weirdly suggestive anecdotes ... Above all, he is a historian of tremendous compassion'

'Kynaston is brilliant and funny'

David Kynaston was born in Aldershot in 1951. He has been a professional historian since 1973 and has written fifteen books, including The City of London, a widely acclaimed four-volume history, and W.G.’s Birthday Party, an account of the Gentleman vs. the Players at Lord’s in July 1898. He is currently a visiting professor at Kingston University. Austerity Britain, the first in David Kynaston’s four-part history of Britain from 1945-1979, was published by Bloomsbury to absolutely unprecedented acclaim on 7th May 2007.  Family Britain, published by Bloomsbury in November 2009 and in paperback in May 2010, offers an ...