Slow Train to Switzerland: One Tour, Two Trips, 150 Year and a World of Change Apart

LoveReading View on Slow Train to Switzerland: One Tour, Two Trips, 150 Year and a World of Change Apart

Slow Train to Switzerland: One Tour, Two Trips, 150 Year and a World of Change Apart Synopsis

A bestseller in Europe and the United Kingdom, Slow Train to Switzerland is now in paperback! Diccon Bewes, author of the immensely popular Swiss Watching, follows Thomas Cook's groundbreaking tour from England to the Swiss Alps. Bewes uses traveler Jemima Morell's diary from 1863 to retrace the trip and explore the revolutionary affect the journey had on both Britain and Switzerland.

'In Slow Train to Switzerland, Diccon Bewes shows the 'in the footsteps genre in a lighter form through a pioneering 1863 trip by the Junior United Alpine Club - seven English men and women whisked through the snowy peaks by Thomas Cook's first organised tour of Helvetia. This adventure marked the beginning of the modern tourism industry. An amusing book not least because of the genteel comedy of manners of the English tourists is an offshoot of the fact that Switzerland to the Victorians was as threateningly exotic as Irian Jaya (West Papua New Guinea) is to us today.' -- Lawrence Osborne, The New York Times Book Review

'A unique account of travel in the Swiss Alps, then and now. An entertaining read for lovers of history and travel.' -- Library Journal

'Bewes' account pays off in a remarkable story and an unexpected ending.' -- Virtuoso Life magazine

'A delightful book...Slow Train to Switzerland is informative, fun, and immensely readable. If you're interested in Switzerland, tourism, or adventures by plucky tourists from Victorian England (or even if you simply enjoy a good read), you're bound to like the book.' -- Europe for Visitors.com

'Bewes has become something of an expert on the Swiss. His first book, Swiss Watching lifted the lid on a country everybody knows of but knows little about. In his latest book, Slow Train to Switzerland he follows in the footsteps of Miss Jemima Morrell, a customer on Thomas Cook's first guided tour in 1863, and discovers how this plucky Victorian woman helped shape the face of modern tourism and Switzerland itself.' -- Wanderlust

'Fans of Bill Bryson will find him a kindred spirit.' -- The Lady 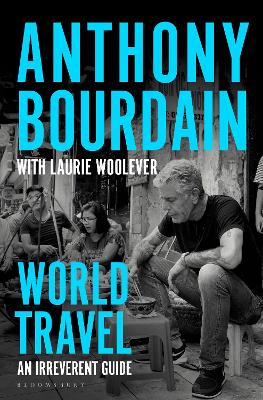 Diccon Bewes is a travel writer. A world trip set him up for a career in travel writing, via the scenic route of bookselling. After ten years at Lonely Planet and Holiday Which? magazine, he decamped to Switzerland. In addition to grappling with German, re-learning to cross the road properly, and overcoming his desires to form an orderly line, he has spent the last five years exploring this quirky country. Following the incredible success of Swiss Watching, he is now a full-time writer.   Author photo © Alison Pouliot

View All Books By Diccon Bewes