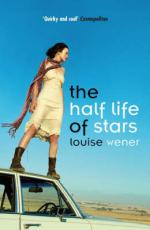 The Half Life of Stars

Louise Wener is a talented young novelist who will undoubtedly hit the big time sometime soon.  She’s created some great characters and smart, unfussy one-liners that will make you laugh out loud, alongside parts that’ll make you want to cry.  Moving and gripping by turns you won’t want to put it down.

The Half Life of Stars Synopsis

Have you ever wished you could walk away from it all? Not for a day, not for a week, but for good.

Claireâ€™s older brother, Daniel, has disappeared. He leaves work one Friday afternoon, shortly before Christmas, and vanishes into thin air. Married, successful, rich, there seems no reason why he would abandon his life. Has he been killed? Has he been kidnapped? Or has he just had enough?

Set between London and Miami, this is the story of a family with ghosts to bury. It opens on the day of the Challenger shuttle explosion at Cape Canaveral; a tragic moment that rips this family apart and sets Danielâ€™s disappearance in motion some 18 years later.

In the midst of it all sits Claire - promiscuous, divorced, irresponsible; fluent in six foreign languages, yet hopeless at interpreting life. It is Claire that knows Daniel best. It is Claire who becomes convinced that she knows where her older brother is and sets off on a journey to find him.

Louise Wener was born and raised in Ilford, East London. In the mid nineties, after years of singing into hair brushes and working in dead end jobs, she found fame as lead singer with the pop band Sleeper and went on to record three top ten albums and eight top forty singles. She is now a full time author and mother of two.

Below is a Q & A with this author.

What's the first book you remember reading : The Snow Queen by Hans Christian Anderson. I rented it from the library every week for months when I was about six. I remember finding it scary each time I read it but loving it just the same. The imagery is quite creepy and claustrophobic and for as long as I can remember, I've always hated the snow. I think it must be partly down to this fairy tale.

Where do you write? At home at the kitchen table, or on the sofa with laptop balanced on my knee. We have an attic room in our house that was meant to be a work room for me, but I'm married to a drummer who owns three drum kits. They take up all available work space.

What's your "writing day" like? It really varies. Before I had kids I used to be very relaxed about it. I'd wander down to the local coffee shop around ten, buy a latte and a paper, come back, open the computer, answer email, Google for a bit, then write for the afternoon as soon as I was into the flow. These days I start writing the minute I'm kid free and barely look up from the computer until they're back. Time is much more precious now and I have to be able to switch into work mode right away. I wrote a lot of Worldwide Adventures while my youngest was napping. The one rule I've always stuck to is to try and write 1000 words a day.

Writing songs and writing novels are very different, do you prefer one to the other? Songwriting comes in sharp bursts and can be incredibly quick from start to finish. We had hit songs that took less than an hour to write and I always felt that the best songs came when I didn't over think them. Writing a novel it's a much slower burn and the refinement process is very much longer. I can't pick between them. It's thrilling to write a good tune but coming to the end of a novel feels like you've climbed a small mountain.

Who do you most admire and why? Tyra Banks for giving America's Next Top Model to the world.

If your house was burning down what would you save? Apart from husband kids and cat, not much. Photos, perhaps, or the guitar I always played in Sleeper. I'm insanely sentimental, but more about places than mementos and material things. On reflection it would probably have to be my daughter's Peppa Pig tea set. It's her favourite toy.

More About Louise Wener
Add To Wishlist
Buy from our bookstore and 25% of the cover price will be given to a school of your choice to buy more books.

Summer's Out at Hope Hall

The Heart of Winter 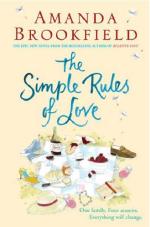 The Simple Rules of Love