BREAKFAST AT THE HOTEL DEJA VU Bobby Clarke arrives at a hotel on the Mediterranean shore. He is a former MP, unseated by the expenses scandal, who is now spending time abroad to recover from a major illness. The other purpose of his stay is to write his memoirs in order to demonstrate that he was unfairly pilloried for 'a minor accounting error', having valiantly served his country for 30 years. He settles into his new surroundings but it soon becomes clear that all is not as it seems. For a start Bobby seems to have no memory of the immediate past. Each time he sits down to continue his memoirs he finds only a blank page. Every morning as he comes downstairs the same scene replays itself in front of him: a young woman and her son pass him on the stairs. And what has become of his wife? THEO John Elliott is the recently appointed vicar of St Joseph's - a dilapidated church with a congregation of 16 and a leaky roof. Having entered the Church more by default than through any great calling, he struggles to inject some life into his ailing parish. His wife Christine longs for them to escape the endless rounds of coffee mornings and cake sales. Then Theo, a child at her school, starts to exhibit strange marks on his hands and feet that vanish almost as soon as they have appeared. What has produced these marks - is it physical violence or something stranger? And why has the previous vicar of St Joseph's ended up in a psychiatric hospital? 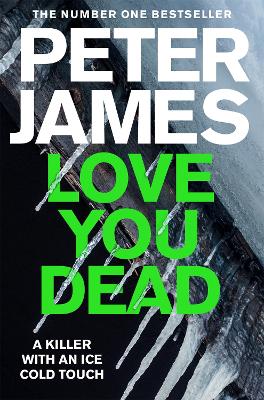 From balmy Mediterranean shores to rural England a series of deeply mysterious events unfold. Bobby Clark, a former MP who has no short-term memory finds himself chillingly replaying the same scene each morning as he recuperates abroad at a secluded hotel; while Theo, a young schoolboy, finds strange marks suddenly appearing (and disappearing) on his hands and feet. Delicately creating a pervading atmosphere of subtle menace Torday’s two enigmatic novellas are mini masterworks of suspense, well crafted and neatly executed.

Paul Torday was our Guest Editor in April 2012 - click here - to see the books that inspired his writing.   Paul Torday was born in 1946 and read English Literature at Pembroke College, Oxford. He spent the next 30 years working in engineering and in industry, after which he scaled back his business responsibilities to fulfil a long-harboured ambition - to write. He burst on to the literary scene in 2006 with his first novel, Salmon Fishing in the Yemen, an immediate bestseller that has been sold in 25 countries. Paul Torday died in 2013.

View All Books By Paul Torday