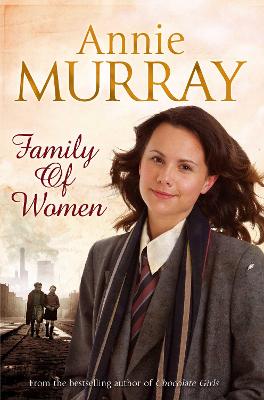 Longlisted for the 2007 Romantic Novel of the Year Award. The winner will be announced at the end of April 2007. This is the absorbing story of one family and three generations of women beginning over 50 years ago just after the war and set in the Victorian slums of Birmingham.  Poverty, death and bullying are rife and by turns heartrending but always in the background there is joy and hope that life will make a turn for the better for some, and it does.

1950 - Seven year old Carol Martin lies encased in an iron lung, struck down by the killer disease, polio. Distraught at her side, her mother, Violet, wonders if this is her punishment - for Carol is the love child who should not have been born . . . Family of Women is the story of three generations of women: Bessie: scarred by a childhood of poverty in the slums of Victorian Birmingham and left a young widow with four children, is a hard, bullying woman who will go to disturbing lengths to keep her family under her thumb. Violet: one of Bessie's four children, marries young to escape, into the arms of a man whose life will be broken by war. Linda: grows up on a large housing estate in the 1950s with older sister Joyce and her beloved young sister Carol. Intelligent and energetic, she craves education and something more than the life she sees around her. Torn from her longed for place at the grammar school, she gives up hoping for anything better. It takes a tragic love affair to make her question the limitations of her life and the secrets which haunt her family. Spanning more than half of the last century, Family of Women by Annie Murray is a story of one family - and of the joys, struggles and changes in women's lives.

What To Read After Family of Women 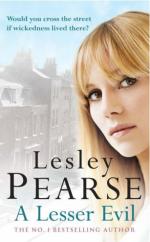 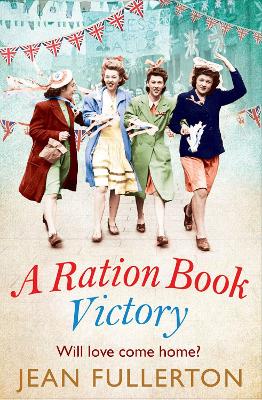 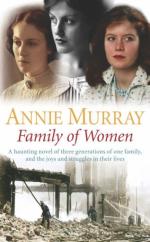 Annie Murray graduated from Oxford in 1983. She has worked as a journalist and a nurse, has had short stories published in several magazines, and won the She/Granada Television Short Story Competition in 1991. She now lives in Reading with her husband and four children, Brummies all.

View All Books By Annie Murray