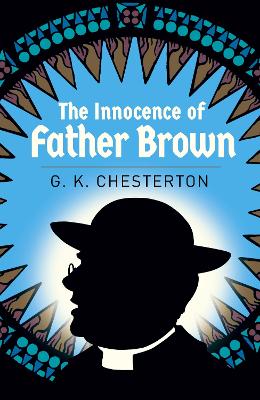 The Innocence of Father Brown

You can count the priests who have also been sleuths in the history of mystery writing on the fingers of two hands but none have proved as endearing as Father Brown, who has recently graced our TV screens portrayed by Mark Williams (and Kenneth More in an earlier incarnation). Plump, shambolic and badly-dressed, the mild-mannered Catholic priest solved his often puzzling cases by putting himself in the minds of murderers minds and understanding their humanity and is now considered an all-time classic. The whole series is now reissued and also includes The Wisdom of Father Brown, The Incredulity of Father Brown, The Secret of Father Brown and The Scandal of Father Brown. If you haven't somehow come across the character of Father Brown before, I envy you the exhilarating discovery you are about to make.

The Innocence of Father Brown Synopsis

This is the first volume of Chesterton's brilliant, ingenious Father Brown stories. Ahead of a new series of the popular BBC adaptation starring Mark Williams, all five of the original Father Brown books have been republished with charming and collectible Penguin covers. With his round face, pipe and umbrella, the shambling, bespectacled priest Father Brown is an unlikely detective - yet his innocent air hides a razor-sharp understanding of the criminal mind. As this first volume of his adventures shows, the wise, worldly clerical sleuth has an uncanny ability to bring even the most elusive wrongdoer to justice.

G. K. Chesterton was born in 1874. He attended the Slade School of Art, where he appears to have suffered a nervous breakdown, before turning his hand to journalism. A prolific writer throughout his life, his best- known books include The Napoleon of Notting Hill (1904), The Man Who Knew Too Much (1922), The Man Who Was Thursday (1908) and the Father Brown stories. Chesterton converted to Roman Catholicism in 1922 and died in 1938.

More About G. K. Chesterton
Add To Wishlist
Buy from our bookstore and 25% of the cover price will be given to a school of your choice to buy more books. 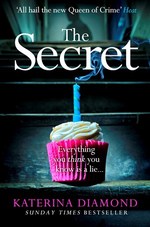