The Chiddingstone Castle Literary Festival 2018 was an absolute delight. In what can only described as a perfect location, book lovers gathered to listen to favourite authors and discover new books to read.

One particular session stood out for me. Author Cathy Rentzenbrink beautifully hosted a chat with John Sutherland a retired Commander with the Metropolitan Police and Erwin James a journalist and trustee of the Prison Reform Trust. Both have written biographies, and from very different starting points their lives on the page are for me, compelling must-reads. 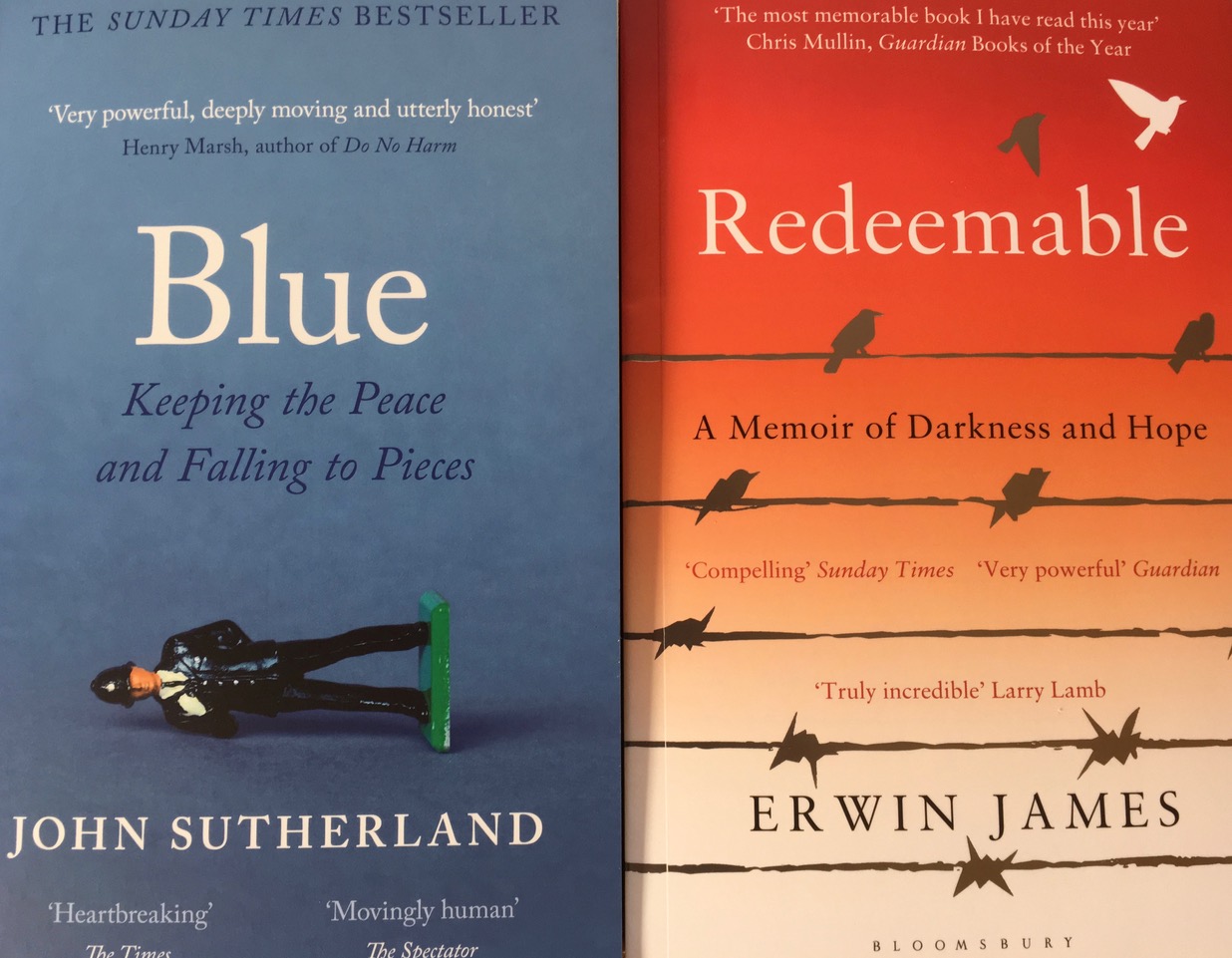 John Sutherland is author of ‘Blue: A Memoir’ (Weidenfeld & Nicolson), a book that takes you to the heart of policing today. John has the ability to put into words the thoughts and feelings so many officers struggle to properly articulate. He acts as a voice for policing, and for police officers, he speaks so much sense it almost hurts. John had a major breakdown in 2013, his honesty regarding the breakdown and heartfelt empathy for victims of crime makes ‘Blue' a truly riveting, important read. I’ve heard him speak on several occasions, he has a quietly purposeful voice and I can’t help but lean forward to take in everything he has to say.

Erwin James is author of several books, including ‘Redeemable’ (Bloomsbury), a book that was almost physically painful to read, and yet I couldn’t put it down. He takes you through his life, his childhood, his years of crime from the age of 11 through to 28 when he was convicted of two murders. Erwin then takes you into the prison years, and I wonder what would have become of him if he hadn’t met the prison psychologist who was able to encourage him to look back, to understand and repent, and to then think about the future. I hadn’t heard of Erwin before this festival, after listening to him speak, I feel as though this is a man with a vitally important message, a man who should be heard.

It was a genius of a decision to put these two men together on the stage. One would initially think they may be polar opposites, but they weren’t. They both were essentially saying the same thing, had the same message, spoke with similar values, wanted similar outcomes. Their differences made them a force to be reckoned with together, and their talk was moving and inspirational, they reached into the audience with their words…

Both books have incredibly important messages and I can’t recommend them highly enough.