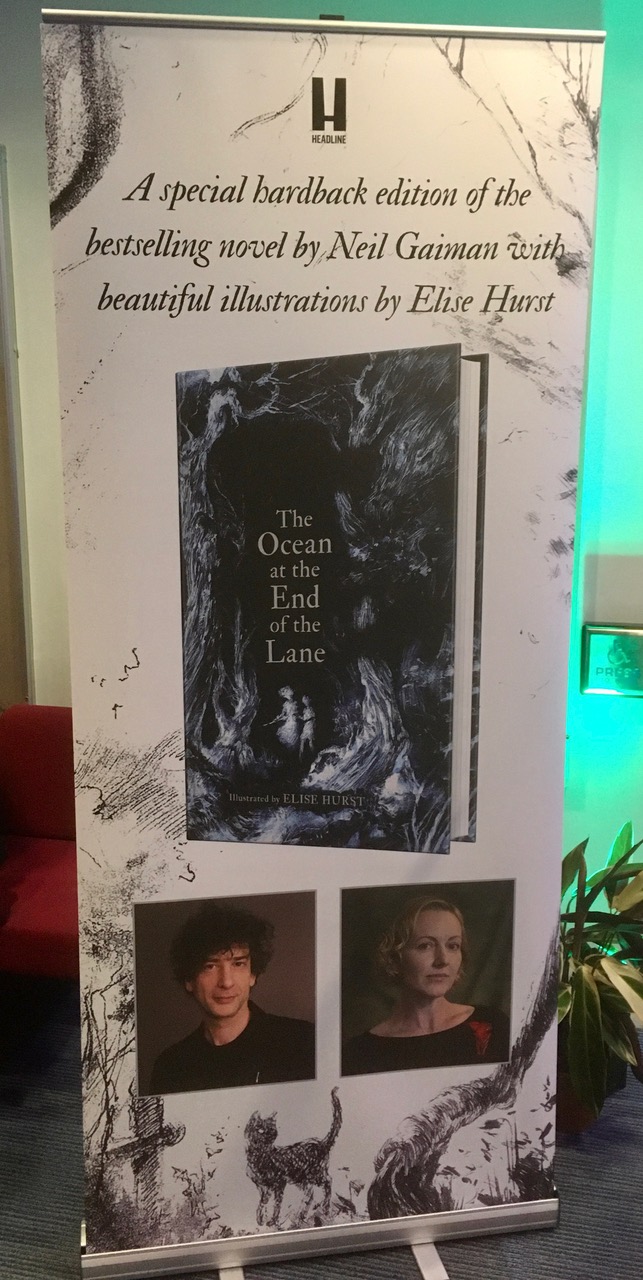 Hands up if you are a huge fan of Neil Gaiman (I would be the first to jump up and down yelling ‘me’!). But, if you haven’t yet met and fallen in love with his work, do take a look below, as I thoroughly recommend becoming acquainted...

I first (it is a regular re-read for me) met the work of Neil Gaiman when I discovered Good Omens written with Terry Pratchett, way back in the early 90’s and I’ve remained a firm fan of his ever since. His work gloriously refuses to be pigeonholed and I adore how you can just enter his world and believe.

On Thursday 14 November Guardian Live introduced Neil Gaiman and illustrator Elise Hurst in an evening chatting about the extraordinarily beautiful The Ocean at the End of the Lane, which was first introduced to the world in 2013. Headline have just published a very special hardback edition with stunning illustrations by Elise Hurst.

I asked a fellow Neil Gaiman fan to come with me, and we were thrilled to have bagged ourselves tickets as the evening quickly sold out. If anyone is feeling particularly envious at this point, you’ll be pleased to know that the event was live-streamed by @GuardianBooks (link below). So, I’m not going to talk too much about the book or night as you can experience it for yourself! Just to say though, this edition of the novel is stunning, and it is one that will be regularly hugged, stroked, and of course read! 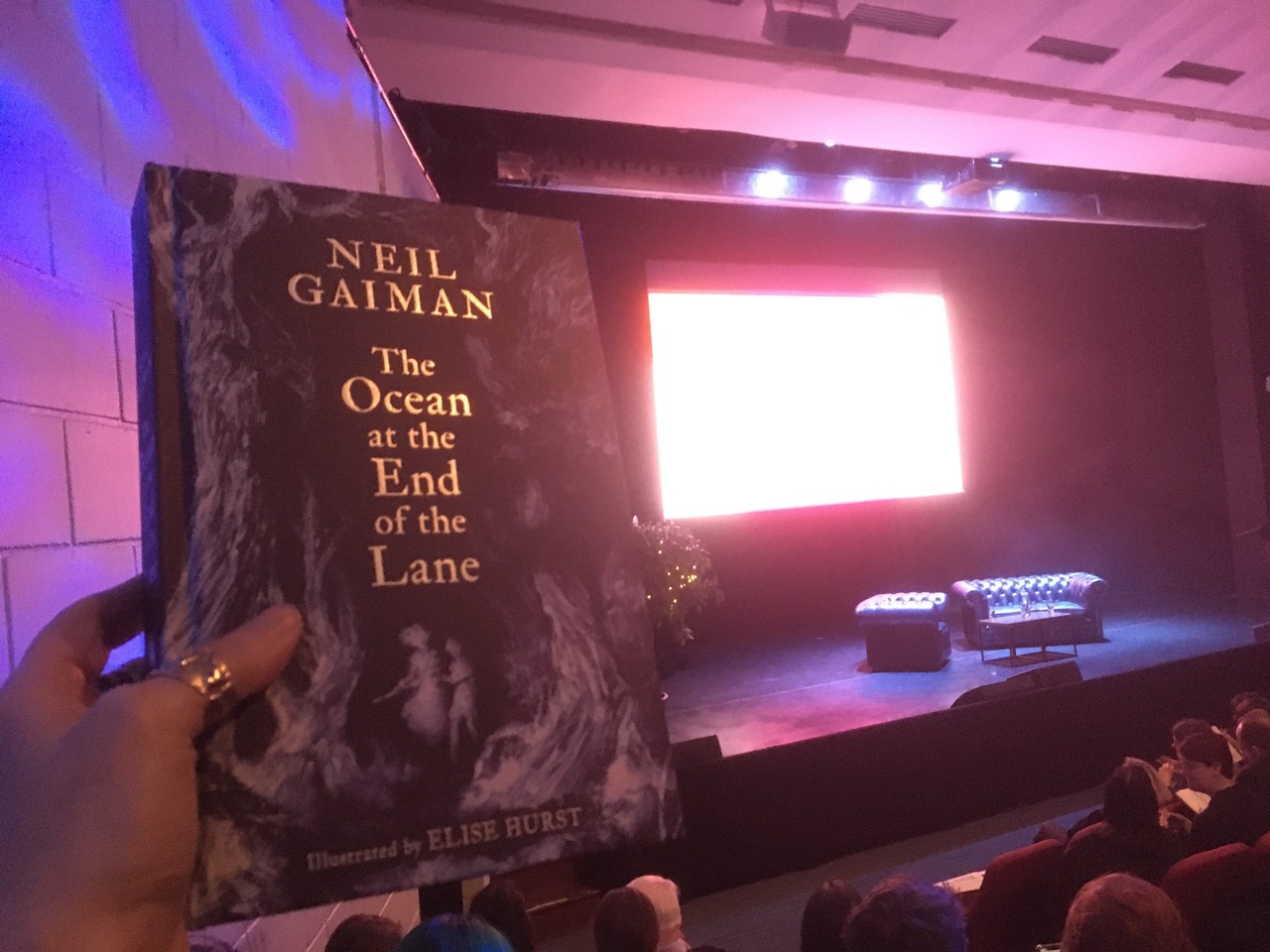 The evening began with Neil reading from a very stormy part of the book, as his voice brought the words to life, on the screen behind him an illustration by Elise Hurst began to grow. As each stroke of the pen added to the picture, I fell into an almost dreamlike state, listening, seeing, feeling.

Neil and Elise then chatted about their first meeting, and how this new edition of An Ocean at the End of the Lane came into being. I smiled, laughed, ahhh’d, and thoroughly enjoyed my evening with Neil Gaiman and Elise Hurst. 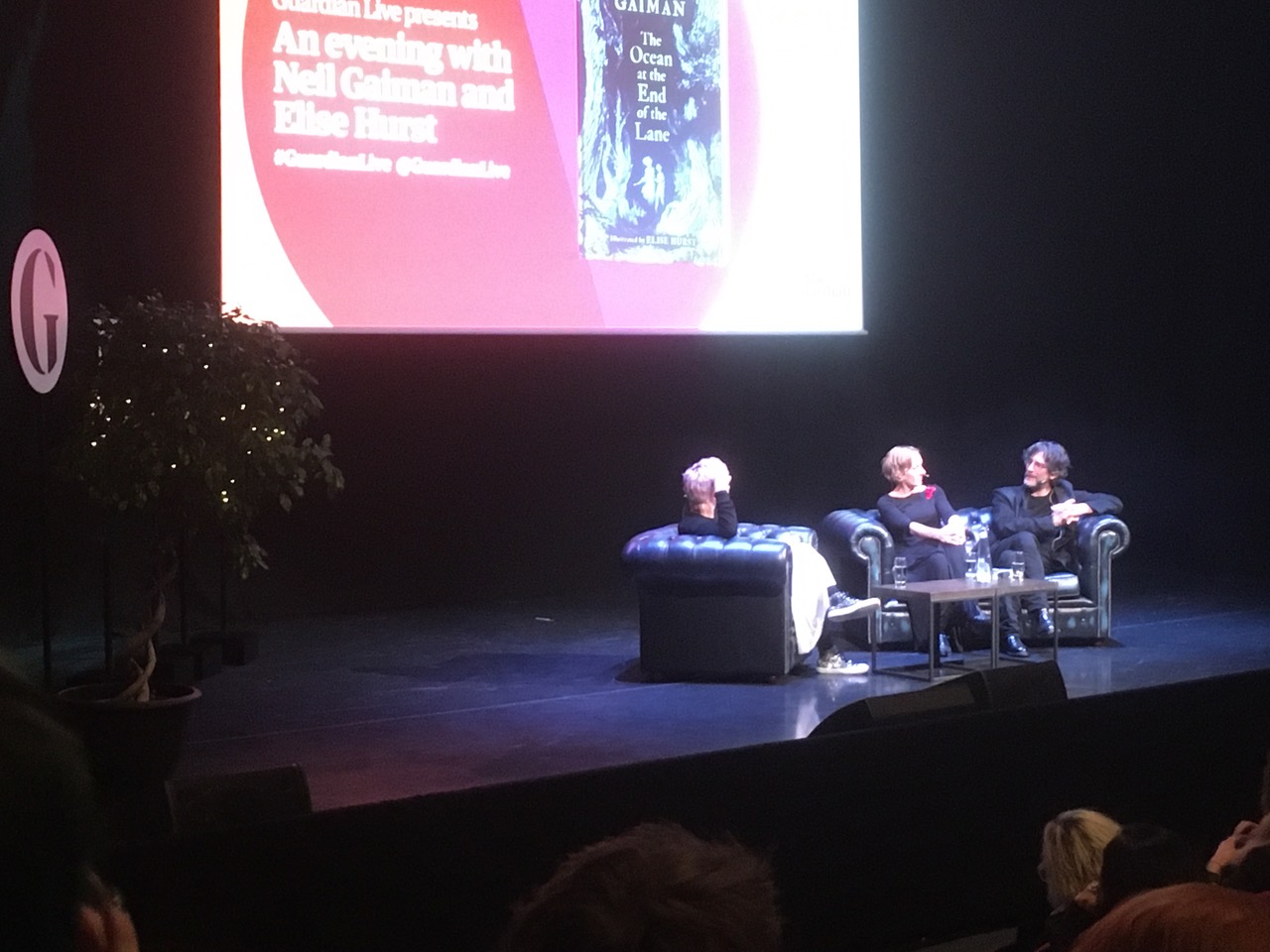